WORLD The rockets that are pushing the boundaries of space travel

The rockets that are pushing the boundaries of space travel 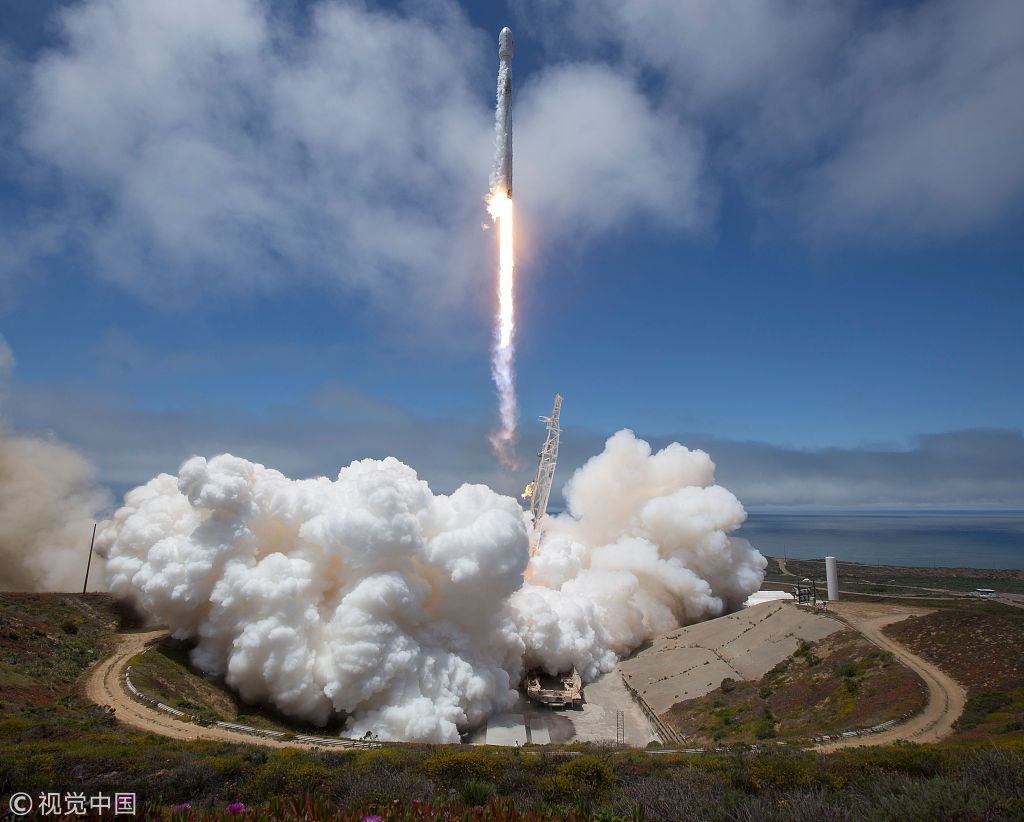 Friday morning at 5:24 am (0924 GMT), a rocket owned by the US company SpaceX will blast off from Florida carrying two and a half tons of gear from NASA, only to dock three days later and 250 miles (400 kilometers) above Earth at the International Space Station.

The rocket itself is not new. It launched a NASA satellite into orbit two months ago, then landed back on Earth -- upright -- on a barge in the Atlantic Ocean off Cape Canaveral.

Even the Dragon capsule, carrying the cargo and affixed to the top of the rocket was used before, having flown a mission to the ISS in 2016.

Friday's flight will be the 15th SpaceX mission for the US space agency since 2012, one of which exploded in flight. Another company, Orbital ATK, has completed nine supply trips, with one explosion as well.

These missions may appear routine, but they represent a revolution in space travel. Before SpaceX, only national governments resupplied the space station.

Today, NASA is so dependent on the private sector that the US space agency has signed contracts with SpaceX and Boeing to send astronauts to space beginning next year, as soon as their capsules are ready.

NASA has been unable to send people to space since the space shuttle program ended in 2011. Instead, the world's space agencies buy seats aboard Russia's Soyuz spaceships, which launch from Baikonur, Kazakhstan.

SpaceX, founded by Tesla CEO and space enthusiast Elon Musk, has shaken up the satellite launch sector, with more than 55 launches of its Falcon 9 rocket since 2010.

Thanks to SpaceX, the United States has taken the global lead in launches once again, after losing ground for more than a decade to Russia and China, which launched even more rockets.

"The Russians have certainly been one of the countries that have had the greatest loss in terms of launch market share," said Tom Stroup, president of the Satellite Industry Association.

The number of satellite launches is expected to surge in the coming years.

Never before has low-Earth orbit been so accessible.

Miniature satellites weighing a few pounds (kilograms) can be made quickly and launched for tens of thousands of dollars.

These CubeSats make up 292 of the 345 satellites launched in 2017, according to the Satellite Industry Association.

"They are almost disposable," said Claude Rousseau of Northern Sky Research, explaining that their operational life expectancy is about seven years and they can be easily replaced.

In the coming months, SpaceX and the startup OneWeb want to send into orbit constellations of hundreds of small satellites that will provide internet access.

Competition in fierce in the Earth observation market, with multiple companies at work on constellations to offer military or civilian clients high resolution imagery of infrastructure, farming areas and military installations.

To meet the demands on the small satellite market, companies are working on smaller rockets.

One, made by the US venture Rocket Lab, is to try its first launch from New Zealand on Wednesday.

China has already launched more rockets this year than it did in all of 2017, according to Northern Sky Research.

The age of space tourism is also approaching.

Virgin Galactic is ramping up tests for its piloted SpaceShipTwo VSS Unity, which is launched from an airplane. A seat will cost $250,000.

And Blue Origin, founded by Amazon CEO Jeff Bezos, will sell tickets next year for a seat on its New Shepard spacecraft, which is designed to carry six people to space.

These two vehicles will not go into orbit around Earth, but will allow passengers to experience spaceflight and weightlessness for several minutes before returning to Earth.

Finally, NASA is working on a space station that would orbit the Moon, as a stepping off point for missions to Mars in the coming decades.

NASA is building the Orion capsule and Space Launch System (SLS) rocket to send people around the Moon for the first time since 1972. The SLS will be the most powerful rocket ever built by the United States. Its first lunar orbit mission is planned for 2020, with astronauts on board by 2023.