What's up with the partial government shutdown on Day 24.

Sen. Lindsey Graham, R-S.C., who is close to US President Donald Trump, says he's been pushing the president to reopen the government for a few weeks to continue negotiating with Democrats over funding for a border wall before bypassing Congress and declaring a national emergency. 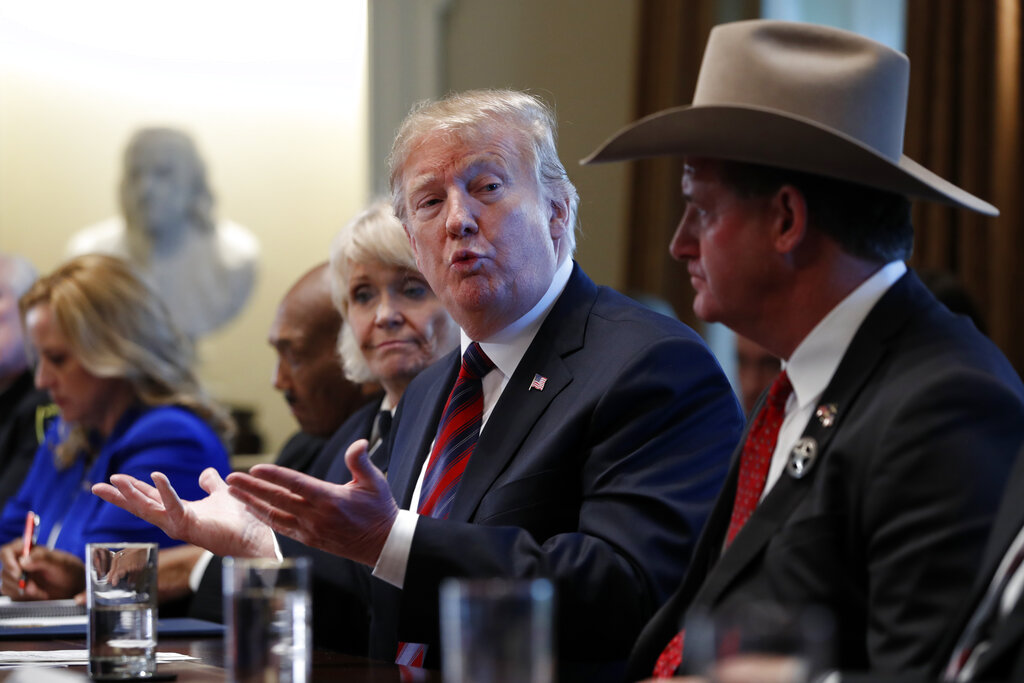 US President Donald Trump leads a roundtable discussion on border security with local leaders, Friday, Jan. 11, 2019, in the Cabinet Room of the White House in Washington. (Photo: AP)

"If we can't (get a deal) at the end of three weeks, all bets are off," Graham told "Fox News Sunday."

A terminal at Miami International Airport is set to reopen Monday after being closed at times over the weekend due to a shutdown-induced staff shortage. Transportation Security Administration agents have been calling out sick to protest not being paid for their work.

QUOTES OF THE DAY 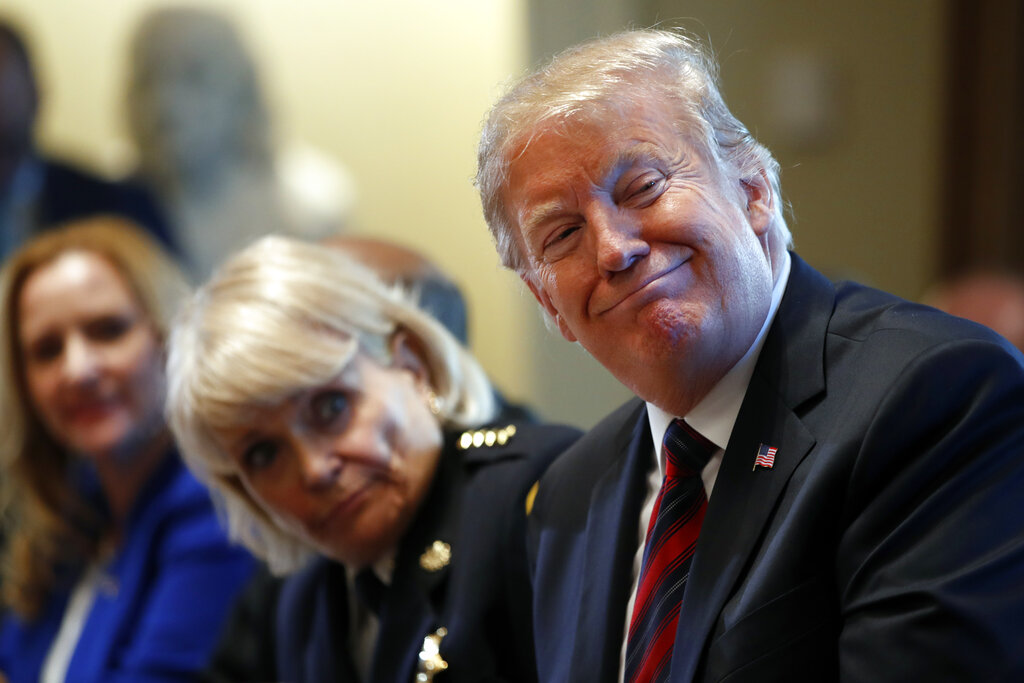 US President Donald Trump leads a roundtable discussion on border security with local leaders, Friday, Jan. 11, 2019, in the Cabinet Room of the White House in Washington. (Photo: AP)

"It's one-tenth of 1 percent of the federal budget. If we cannot do this together, what else can we not do in the future? This is not that big of a problem." — House Republican leader Kevin McCarthy of California to CBS' "Face the Nation" on the $5.7 billion Trump wants for the US-Mexico border wall.

"I think it ends when the Senate Republicans say we've had enough. We're not going to stand here and be blamed for this. We believe the government should be opened. There should be timely negotiations on border security after the government is open." — Senate Democratic Whip Dick Durbin, D-Ill., to ABC's "This Week."

Congress returns on Monday. Will the shutdown end this week?

Trump addresses the American Farm Bureau on Monday. Farmers have supported Trump through a trade war with China that cost them billions, but they are complaining about the loss of loans, payments and other agricultural services because of the shutdown.

Trump is expected to sign legislation this week authorizing back pay for some 800,000 federal workers who either have been idled or are working without pay for as long as the shutdown lasts.

Nine of the 15 Cabinet-level departments have not been funded, including Agriculture , Homeland Security, State, Transportation, Interior and Justice. Some iconic National Park facilities are shuttered as are the Smithsonian museums and the National Zoo in Washington. Nearly everyone at NASA is being told to stay home, as are most at the Internal Revenue Service, which processes tax returns and issues refunds, though the administration says it will issue refunds during the shutdown.

WHO IS AT WORK BUT NOT GETTING PAID

Some 420,000 federal employees whose work is declared essential are working without pay, including the FBI, TSA and other federal law enforcement officers. Some staff at the State and Homeland Security departments are also working without compensation.