Syrian refugees are showing the way for recycling. (Photos: agencies)

As the waste problem is global, so are the solutions – along with the determination to make the change, throughout society. And in the Jordanian desert, Syrian refugees have made an incredible difference to the way they process their waste.

"The Za'atari refugee camp was created in 2012 to host the increasing number of Syrian refugees crossing the border, "explains Oxfam's Jean-Patrick Perrin. "It's now one of the biggest in the world, spreading over five square kilometers and hosts around 77,000 refugees."

As the camps grew, waste increased. Oxfam helped set up a system offering employment to refugees who wanted to earn money by collecting, sorting and recycling waste. Between 2017 and March 2020, they picked up 4 million kilograms of recyclable materials – keeping 20 percent of all the trash from Za'atari out of landfill.

"Everything is compressed, plastics shredded, metals compressed then sold to the highest bidder outside the camp – they can be reused in any sort of manufacturing process," says Perrin, who can't praise the refugees enough.

"We employ 6,000 refugees on a rotation basis," he reveals. "They are the backbone of this entire project, we couldn't achieve success without them. That's the most important part of this."

People changed their behavior towards how they manage their own waste 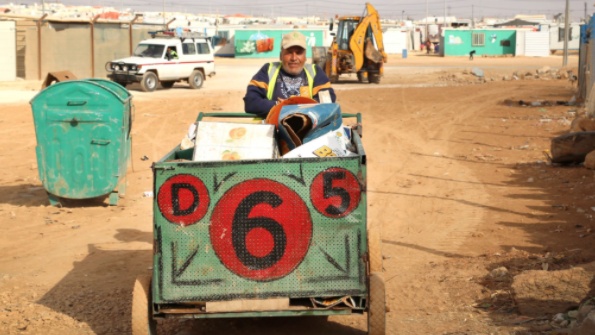 The scheme has been so effective, the team has set up a recycling center serving nearby communities. "We also collect materials in the local municipalities," says Perrin. "And in this center, we employ both Jordanians living in the nearby communities and Syrian refugees as well."

Perrin says the scheme shows how we can all think more about recycling. "We conducted a survey and discovered that about 80 percent of households in the camp were sorting their own waste – and that's before the people who pushed trolleys through the camp to collect materials.

"We're honestly proud of this because it means that people took that time and changed their behavior towards how they manage their own waste. At the same time, this project is one of the main employers for Syrian refugees and economic opportunities for Syrian refugees in that region are often very limited. We're hoping to do more." 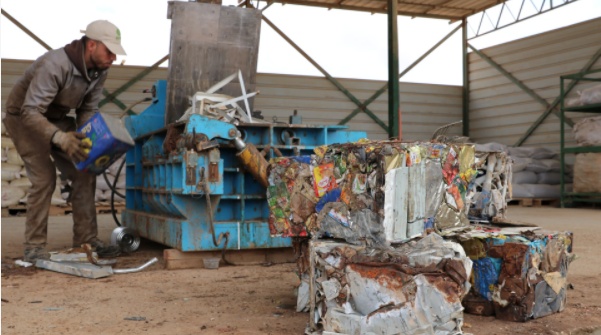 Materials are sorted and processed onsite.

This story is part of the CGTN Europe Trash or Treasure special – a look at the challenges, innovations and solutions around Europe's waste disposal.