WORLD The US election campaign, with six days to go

The US election campaign, with six days to go

The two candidates double down on their different approaches to campaigning during a pandemic; riots in Philadelphia become an election battleground; and Trump supporters are left out in the cold. 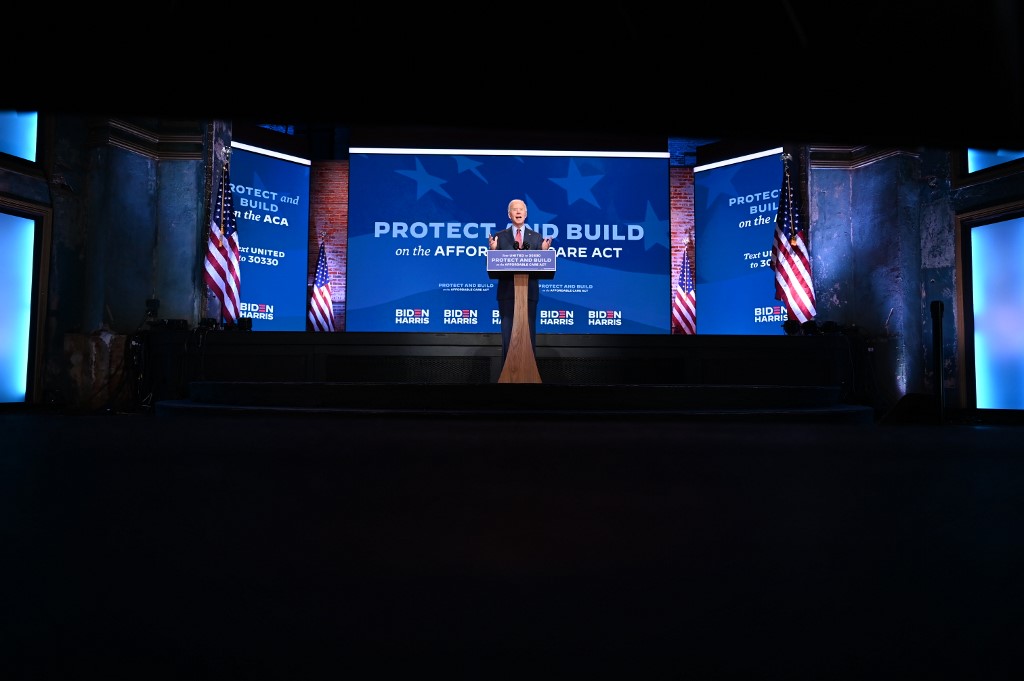 Here is a look at what's happening on Wednesday, six days before November 3 Election Day:

Trump planned another day of back-to-back rallies, speaking to his fervent supporters at events where crowds are packed in tight and masks are rare despite the Covid-19 risk.

Biden -- wearing a mask -- cast his ballot early near his home in Wilmington, Delaware, and attended a briefing with health experts before delivering remarks on his plans to "beat Covid-19."

The president hopes to turn around his flagging polls with a display of energy and confidence, while Biden is seeking to secure his solid lead and emphasize his sober, responsible credentials.

The fatal police shooting of a 27-year-old man, who was holding a knife, in Philadelphia revived a political clash between Republicans and Democrats after riots erupted in the city.

The White House said the disturbances were "the most recent consequence of the Liberal Democrats' war against the police" as Trump tries to bolster his claims to be the "law-and-order" candidate.

Biden called for demonstrators to protest peacefully and said in a statement with his running mate Kamala Harris that their "hearts are broken" for victim's family.

Police killings have triggered large protests in the US this year, with many accusing the police of racism and brutality.

Hundreds of people spent up to three hours in freezing temperatures waiting for buses to take them to their cars after Trump's rally on Tuesday evening at Eppley Airfield in Omaha, Nebraska.

Paramedics took six people to hospital "due to a variety of medical conditions" police said, adding about 21,000 people attended the event, which ended at 9:00pm.

"Because of the sheer size of the crowd, we deployed 40 shuttle buses -- double the normal allotment -- but local road closures and resulting congestion caused delays," Trump's campaign said.