WORLD The world economy in 2018 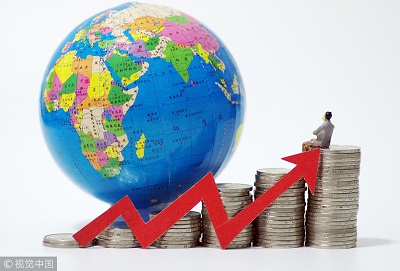 All major macroeconomic indicators – growth, unemployment, and inflation – suggest that 2017 will be the American economy’s best year in a decade. And the global economy is enjoying broad, synchronized growth beyond what anyone expected. The question now is whether this strong performance will continue in 2018.

The answer, of course, will depend on monetary, fiscal, trade, and related policies in the United States and around the world. And yet it is hard to predict what policy proposals will emerge in 2018. There are relatively new heads of state in the US, France, and the United Kingdom; German leaders still have not formed a governing coalition since the general election in September; and the US Federal Reserve has a new chair awaiting confirmation. Moreover, major changes in important developing economies such as Argentina, Saudi Arabia, and Brazil have made the future outlook even murkier.

Still, we should hope for the best. First and foremost, we should hope that synchronized global growth at a rate of just under 4% will continue in 2018, as the International Monetary Fund projected in October. Growth not only raises incomes, but also makes vexing problems such as bad bank loans and budget deficits more manageable. As former US President John F. Kennedy famously said in an October 1963 speech in which he promoted his proposed corporate and personal tax reductions, “a rising tide lifts all boats.”

For my part, I predict that the global recovery will continue, but at a slightly slower growth rate of around 3.5%. The two most obvious risks to keep an eye on will be Europe, where a cyclical upturn could stall, and the oil-rich Middle East, where tensions could flare up once again.

Second, let us hope that the Fed, guided by the steady hand of its new chair, Jerome “Jay” Powell, will continue or even accelerate its monetary-policy normalization, both by raising its benchmark federal funds rate, and by shrinking its engorged balance sheet. And we should hope that economic conditions allow the other major central banks, especially the European Central Bank, to follow suit.

On this front, I predict that the major central banks will continue to normalize monetary policies more gradually than is necessary. The biggest risk here is that markets may try to test the Fed under its new leadership, for example, if inflation rises faster than anticipated.

Third, let us hope that the Republican tax package will, if enacted, deliver on its promise of increased investment, output, productivity, and wages over the coming decade. Here, I predict that the legislation will pass, and that investment in the US over the next few years will be relatively higher than if no action had been taken.

To be sure, whether investment will rise from its currently subdued level will depend on many other factors than the corporate-tax rate. But the tax package can still be expected to boost output, productivity, and wages. The question is not if, but when.1

If the full effects of the legislation are not felt before the 2018 or 2020 elections, that lag could prove politically consequential. The biggest danger is that its benefits will be delayed, and that its key provisions will be reversed whenever the Democrats are back in power.

Fourth, let us hope that governments everywhere begin to address the looming crisis in public-pension and health-care costs, which have been rising for decades. As social programs become costlier, they crowd out government expenditures on necessities such as defense, while generating ever more pressure to impose higher growth-suppressing taxes.

Europe, in particular, must not let its cyclical rebound lull it into complacency. Many European Union member states still need to reduce their government debt, and the eurozone needs to resolve its “zombie bank” crisis. Beyond that, structural labor-market reforms of the kind French President Emmanuel Macron is pursuing would be most welcome.

Unfortunately, I’m afraid that progress on structural reforms will be sporadic, at best. The danger is that slow growth will not lead to sufficient wage gains and job creation to defuse the ticking time bomb of high youth unemployment in many countries. Another risk is that reform attempts could provoke a political backlash that would be harmful to long-term investment.

Fifth, let us hope that the eurozone can avoid a currency crisis. This will depend largely on whether German Chancellor Angela Merkel can form a coalition government and restore political stability to Europe’s largest economy.

Sixth, we should hope that the EU and the UK can agree on a reasonable Brexit deal that will preserve fairly strong trade relations. The main risk here is that localized declines in trade could spill over and cause broader harm.

And, beyond Europe, let us hope that negotiations between the US, Canada, and Mexico over the North American Free Trade Agreement (NAFTA) will result in an arrangement that still facilitates continental trade. For trade generally, the biggest risk is that the Trump administration could start a lose-lose trade dispute, owing to its understandable eagerness to help American manufacturing workers.

Seventh, let us hope that new policies targeting information and communication technology (ICT) strike the right balance among all stakeholders’ competing and legitimate concerns. On one hand, there is reason to worry about certain Internet companies’ concentration of market power, particularly in online content and distribution, and about the effects of new technologies on personal privacy, law enforcement, and national security. On the other hand, new technological advances could deliver immense economic gains.

It is easy to envision a scenario of too much regulation, or of too little. It is also easy to envision a large-scale public backlash against the major technology companies, particularly if poor self-policing or a refusal to cooperate with law enforcement leads to some horrible event.

Here, I predict that achieving an appropriate policy balance will take years. If some future event strikes an emotional chord, the public’s mood could swing dramatically. Ultimately, however, I suspect that competition and innovation will survive the forthcoming regulations.

Finally, and most important, let us hope that terrorism is thwarted everywhere, conflicts subside, democracy and capitalism regain some momentum, and greater civility and honest dialogue return to the public domain. Should that happen in 2018, it will be a very good year indeed.

(The author is a professor of Economics at Stanford University and Senior Fellow at the Hoover Institution. )