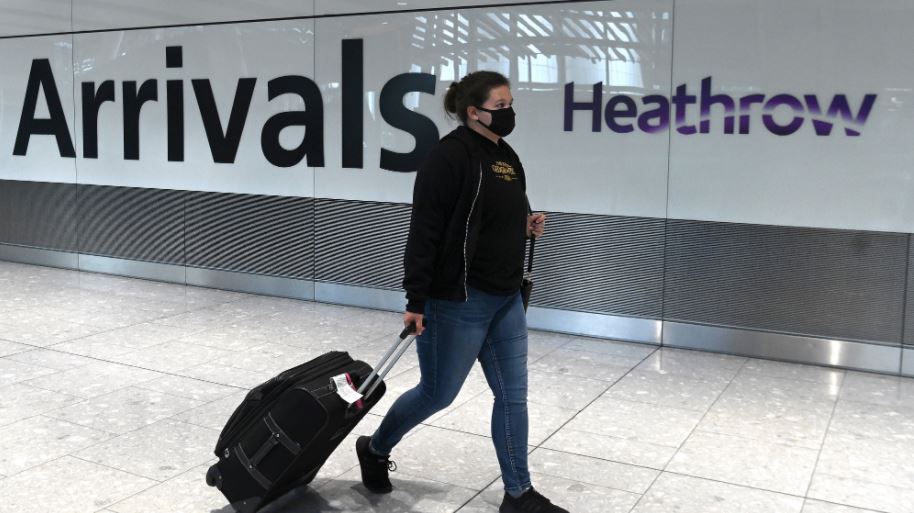 A host of countries closed their borders to Britain on Monday over fears of a highly infectious new coronavirus strain. /VCG

A host of countries closed their borders to Britain on Monday over fears of a highly infectious new coronavirus strain, heightening global panic, causing travel chaos and raising the prospect of UK food shortages days before the Brexit cliff edge.

India, Poland, Spain, Switzerland, Russia, Jordan and Hong Kong suspended travel for Britons after Prime Minister Boris Johnson warned that a mutated variant of the virus, up to 70 percent more transmissible, had been identified in the country. Saudi Arabia, Kuwait and Oman closed their borders completely.

Several other nations have suspended travel from Britain including France, Germany, Italy, the Netherlands, Austria, Ireland, Belgium, Israel and Canada - although scientists said the strain may already be circulating in countries with less advanced detection methods than the United Kingdom.

The discovery of the new strain came just months before vaccines are expected to be widely available, sowed fresh panic in a pandemic that has killed about 1.7 million people globally and more than 67,000 in Britain.

New York Governor Andrew Cuomo urged the U.S. government to take steps to prevent the new strain entering the country, which has been worst hit by COVID-19 with almost 318,000 deaths.

"It's high time the federal government takes swift action, because today that variant is getting on a plane and landing in JFK, and all it takes is one person," he said.

U.S. Assistant Health Secretary Brett Giroir said nothing had yet been decided on any travel ban.

EU officials met via video to coordinate their response to the new strain of the coronavirus. The bloc is on course to start COVID-19 vaccinations within a week after its medicines regulator approved the use of a shot from Pfizer and BioNTech on Monday.

France shut its border to arrivals of people and trucks from Britain, closing off one of the most important trade arteries with mainland Europe.

As families and truck drivers tried to navigate the travel bans to get back home in time for Christmas, British supermarket chain Sainsbury's said shortages would start to appear within days if transport ties were not quickly restored.