Fallen biotech star Elizabeth Holmes's fraud trial opened Wednesday in California, with prosecutors claiming she told grandiose lies to cheat investors in her once billion dollar company, as her defense said she simply made mistakes. 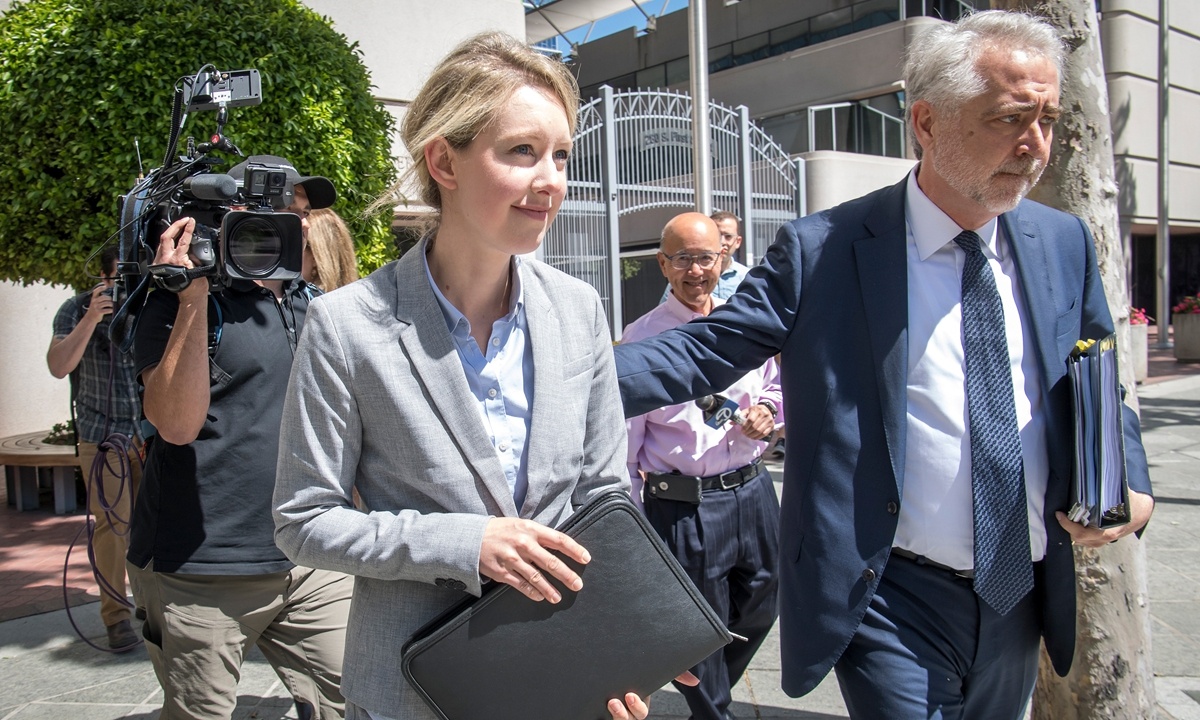 When she launched the diagnostics firm Theranos in 2003 at the age of 19, Holmes promised results that were faster and cheaper than traditional laboratories, running an analytical gamut on just a few drops of blood.

Trouble is, prosecutors say, the tests did not do what was promised, and she now faces fraud charges that potentially carry decades in prison.

"This is a case about lying and cheating to get money," federal prosecutor Robert Leach told jurors during his opening arguments in the heart of Silicon Valley, the city of San Jose.

"The defendant's fraudulent scheme made her a billionaire," he told a courtroom filled with journalists, Holmes's loved ones and large legal teams.

But her high-powered defense argued Holmes devoted her life to Theranos and was not the "villain" prosecutors claimed; instead, she had made mistakes including the company she kept.

"Theranos failed in part because it made mistakes, but mistakes are not crimes.

A failed business does not make a CEO a criminal," attorney Lance Wade told the jury.

The defense has also alleged in filings that Holmes was psychologically abused and controlled by her business partner and ex-boyfriend Ramesh "Sunny" Balwani, who is standing trial separately.

Holmes was a tech world celebrity whose multi billion dollar start-up looked set to revolutionize medical testing before it crashed and burned in a blaze of fraud claims.

The 37-year-old faces charges of wire fraud and conspiracy to commit wire fraud. If found guilty, she could be jailed for up to 20 years.

During jury selection last week, Holmes's attorney Kevin Downey asked potential members if they had experience with "abuse by an intimate partner," signaling the defense plans to raise the issue.

Prosecutor Jeffrey Schenk of the US Attorney's Office is expected to call on medical professionals to undermine that notion. Mattis, Murdoch and Kissinger are on a list of potential witnesses filed with the court by prosecutors.

As the first day of testimony wrapped up, judge Edward Davila warned the jurors to avoid reading news of the case.

Holmes was lauded as a visionary, drawing comparisons with Apple founder Steve Jobs. But years of hype later, those promises unspooled: The miracle machines did not work.

At one point, she had a net worth estimated at $3.6 billion, according to Forbes magazine. At the time, she was the youngest billionaire not to have inherited her fortune.

In 2018, the Securities and Exchange Commission presented the Theranos case as a lesson, a warning against the "fake it till you make it" culture.