WORLD There is no time to waste: WHO chief

There is no time to waste: WHO chief

GENEVA, April 15 (Xinhua) -- World Health Organization (WHO) Director-General Tedros Adhanom Ghebreyesus on Wednesday said on Twitter that "there is no time to waste" and that WHO's singular focus is on working to serve all people to save lives and stop the COVID-19 pandemic. 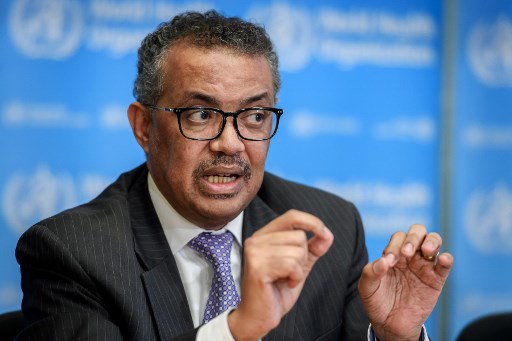 These remarks are believed to be the WHO chief's first public response after the U.S. decision to suspend funding to WHO.

Also on Wednesday, Tedros retweeted a previous tweet from an epidemiologist, who said that after working for WHO for 10 years with six Director-Generals, he found Dr. Tedros is one of the best and the current political campaign against Tedros is wrong.

U.S. President Donald Trump announced late Tuesday that he had instructed his administration to suspend funding for the WHO, which he accused of "severely mismanaging and covering up the spread of the coronavirus."