WORLD There's a 'super blue blood Moon' on the rise

There's a 'super blue blood Moon' on the rise 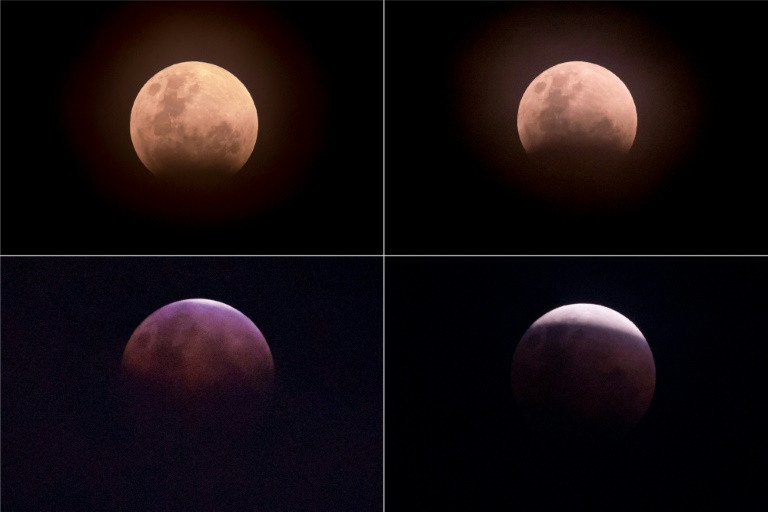 Stargazers across large swaths of the globe -- from the streets of Los Angeles to the slopes of a smoldering Philippine volcano -- had the chance to witness a rare "super blue blood Moon" Wednesday, when Earth's shadow bathed our satellite in a coppery hue.

The celestial show was the result of the Sun, Earth, and Moon lining up perfectly for a lunar eclipse just as the Moon is near its closest orbit point to Earth, making it appear "super" large.

It is the second full Moon within the same month, a phenomenon called a "blue" Moon which has nothing to do with its color.

The "blood" in the name comes from the reddish brown color the Moon takes on when Earth enters between it and the sun, cutting off the light rays that usually brighten the lunar surface. 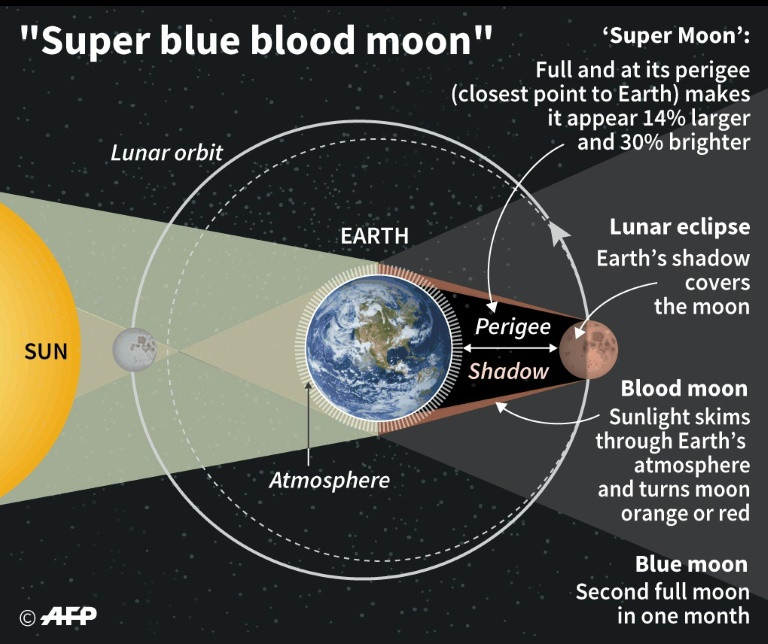 The eclipse began around 3:45 am (1145 GMT), as a black shadow began to devour one corner of the gray-white Moon.

An hour later, the lunar surface was plunged into darkness, known as totality.

Then, rusty tones began to sheath the Moon, reflecting the light of all the sunrises and sunsets on Earth at the same moment.

There were gasps of delight at that moment in a school in the Philippines town on Guinobatan where some of the 90,000 people who have fled the erupting Mount Mayon volcano were sheltering.

There they were treated to a double-spectacle -- a supermoon eclipse rising over a mountain spewing ash and lava.

"It's huge and bright. It's exciting to see. God created this beautiful moon and the volcano," farmer Jose Almesolano, 75, told AFP.

On the other side of the Pacific thousands were gathering at Los Angeles' Griffith Observatory, which opened its doors at 3:30 am (1130 GMT) to a crowd expected to reach 2,000.

Some had waited in line since 10:00 pm the night before, hoping for a choice viewing spot, many science buffs bringing their own telescopes to set up on the lawn. 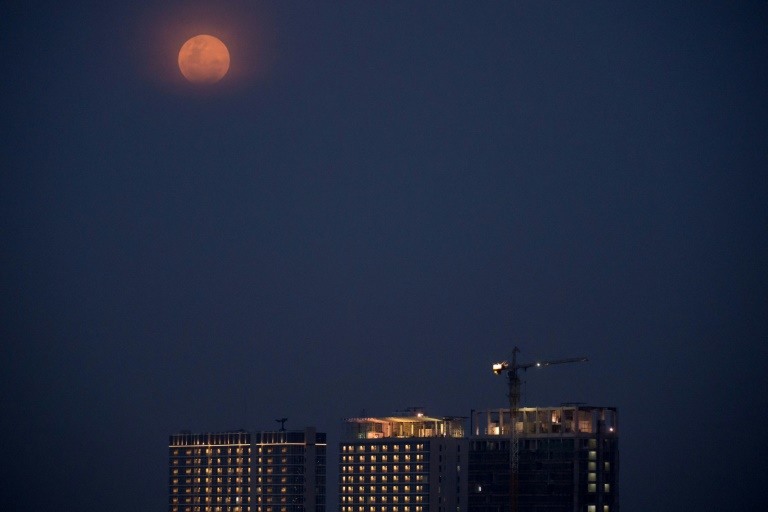 The extreme east of Africa, the Middle East and Asia, Russia, Australia and New Zealand could enjoy the spectacle on Wednesday night, weather depending, as the Moon rose there.

But most of South America, Africa and Europe, where the alignment occurs in the middle of the day, missed out on the show.

In the Indonesian capital Jakarta, several thousand people lined up at the planetarium to catch a glimpse of the rare event on one of its telescopes.

"I was watching the news on TV and then came here immediately," Yami, who like many Indonesian goes by one name, told local media.

In Nepal, where the super moon was just visible in the hazy polluted night sky over Kathmandu, the celestial phenomenon was greeted with more caution as an ominous sign.

Local newspapers there had printed warnings telling citizens not to eat, drink, sleep or even go to the toilet during the lunar eclipse, citing Hindu customs.

NASA trained its telescopes and instruments on its Lunar Reconnaissance Orbiter on the Moon to measure the effect of the temperature drop during the one-hour-16-minute eclipse.

Seeing what happens when the surface of the Moon cools quickly will help scientists "understand some of the characteristics of the regolith -- the mixture of soil and loose rocks on the surface -- and how it changes over time," the US space agency said in a statement.

The last "super blue blood Moon" occurred on December 30, 1982, when it was seen in Europe, Africa and western Asia. 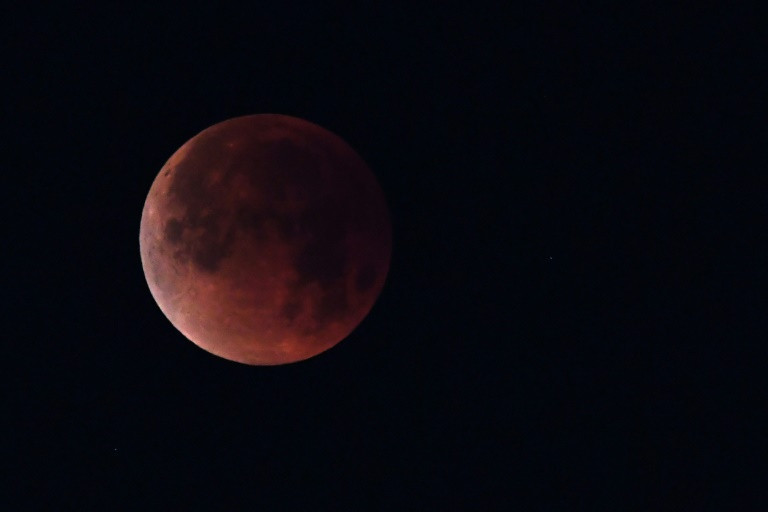 If you missed this one, the next blue Moon total lunar eclipse will happen on December 31, 2028, though it won't be quite as large since it will not be as close to Earth.

"The red color during a lunar eclipse is very distinctive and it's a rare treat to be able to see a blood red Moon," said Brian Rachford, associate professor of physics at the Embry-Riddle Aeronautical University.

If you missed this one, the next blue Moon total lunar eclipse will happen on December 31, 2028, though it won't be quite as large since it will not be as close to Earth.

"The red color during a lunar eclipse is very distinctive and it's a rare treat to be able to see a blood red Moon," said Brian Rachford, associate professor of physics at the Embry-Riddle Aeronautical University.

"One of the great things about a lunar eclipse is you also don't need any special equipment to see it. Anyone can go outside and look at the Moon."