WORLD There will be no negotiations with the US at any level: Iran’s top leader

There will be no negotiations with the US at any level: Iran’s top leader 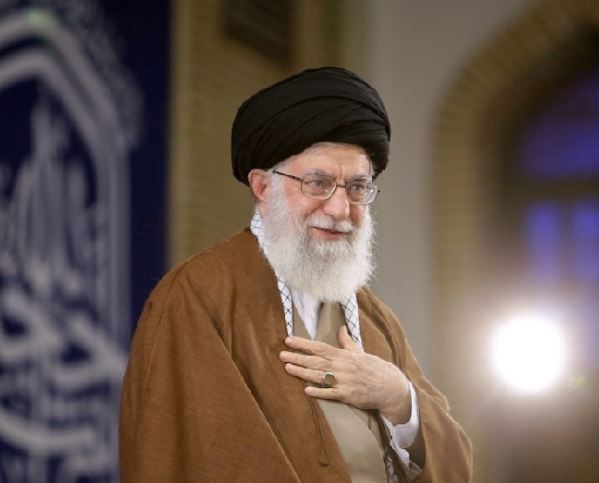 Islamabad (People’s Daily) – There will be no negotiations with the US “on any level either in New York or any other place,” unless the US returns to the 2015 nuclear deal, Iran’s supreme leader Ayatollah Ali Khamenei said on Tuesday.

The top leader said, “the United States pursues a policy of maximum pressure against Iran through various sanctions, intimidation, and distorted claims,” according to the Tehran Times.

The remarks were made amid rising tensions in the Middle East region following the drone and missile attacks against two major oil facilities in Saudi Arabia on Saturday.

Although Yemen’s Houthi rebels claimed responsibility, US secretary of state Mike Pompeo directly accused Iran of being involved in the Saudi oil attacks. Saying Iran has launched “an unprecedented attack,” Pompeo wrote on Twitter that “Tehran is behind nearly 100 attacks on Saudi Arabia while Rouhani and Zarif pretend to engage in diplomacy.”

Iranian foreign minister Javed Zarif denied Pompeo’s accusations and responded that the US is turning to “maximum deceit” to replace its failing “maximum pressure” policy towards Iran.

The Tehran Times reported that Iranian government spokesperson Ali Rabiei told a press conference on Monday that the “hasty” US accusations about Iran’s involvement in the Saudi oil attacks will be harmful to all countries in the region.

Tehran also confirmed on Monday that there will be no meeting between Iranian President Hassan Rouhani and US President Donald Trump on the sidelines of the United Nations General Assembly later this month in New York.

The US has identified the locations in southern Iran from which drones and cruise missiles were thought to have been launched against the Saudi oil facilities, a senior US official said in an interview with CBS News on Tuesday.

According to US Vice President Mike Pence, Washington is evaluating all the evidence. He said, “the United States of America will take whatever action is necessary to defend our country, our troops, and our allies in the Gulf.” It is also reported that Pompeo has left for Saudi Arabia to “discuss the US response.”

Earlier on Monday in the Oval Office, Trump told reporters that the US “doesn’t want war with anybody,” but it’s “prepared more than anybody,” according to a press release posted on the White House’s official website.

Trump said that it “looked like” Iran was behind the attacks but he is not looking at any options to respond before they find enough evidence to “definitely” prove it.

The recent comments from the White House as well as the rising tensions have triggered a new round of war fears. Regardless of an unknown response from Washington and Riyadh, chances are that Tehran will not just sit back and watch.

“If they retaliate, the Iranians would have to retaliate even more. And we are just in an inertia of war,” Jean-François Seznec, an expert on the Middle East, was quoted as saying by the Guardian.