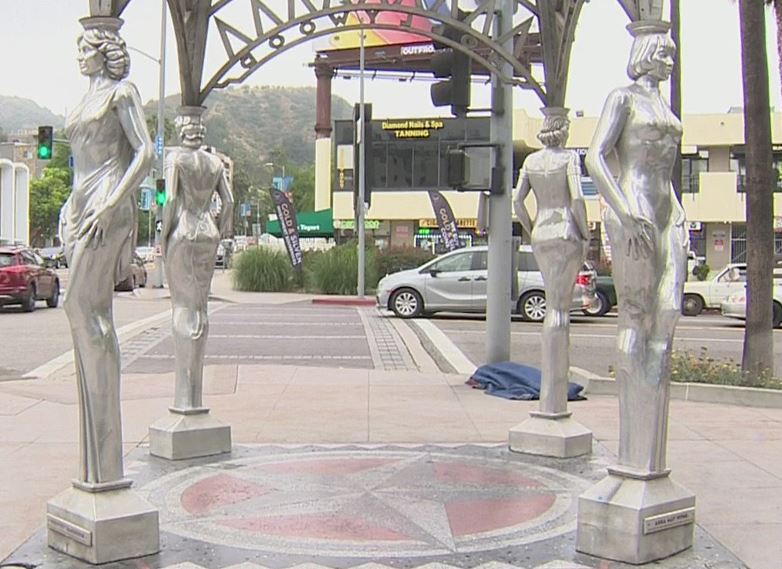 Officials say someone climbed a more than two-story tall Hollywood public art piece and stole a statue of Marilyn Monroe.

The statue depicting Monroe in her iconic pose from the 1955 film “The Seven Year Itch” went missing early Monday from the “Four Ladies of Hollywood” gazebo.

Los Angeles Councilman Mitch O’Farrell says a witness saw someone climb the gazebo on the Hollywood Walk Fame and saw off the statue.

The gazebo was erected in 1994. It pays tribute to women in film, with depictions of Dolores Del Rio, Dorothy Dandridge, Mae West and Anna May Wong making up the structure’s pillars.