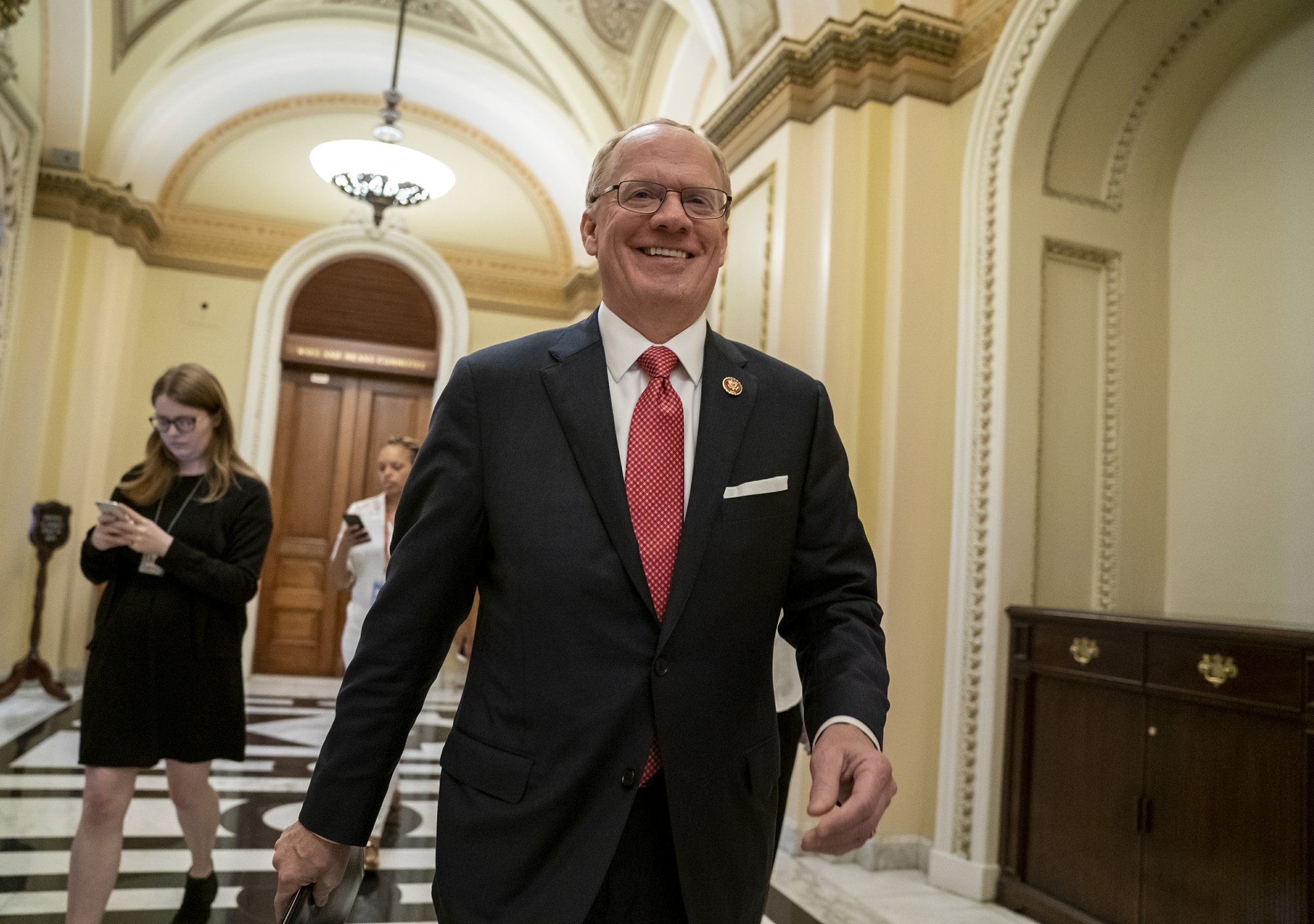 Rep. John Rose, R-Tenn., a freshman from Cookeville, Tenn., leaves the chamber at the Capitol after he blocked a unanimous consent vote during a scheduled pro forma House session on a long-awaited $19 billion disaster aid bill in the chamber, Thursday, May 30, 2019. (Photo: AP)

WASHINGTON, May 30 (Xinhua) -- A third House Republican on Thursday blocked the passage of a more than 19-billion-US-dollar disaster aid bill without emergency border funding, further delaying the approval of funds that cleared the Senate last week with overwhelming bipartisan support.

As a result, the bill will not be sent to President Donald Trump for his signature until the House returns from recess Monday and takes a roll call vote.

John Rose objected to passing the bill by voice vote on Thursday. It is the third time a member of the most conservative wing among House Republicans has risen to block the bill from becoming law in the past two weeks.

The dissenters argue that the bill should not be passed without a recorded vote and that the funding should be offset by other spending reductions, rather than increasing the federal deficit.

They also contend that the president's 4.5-billion-dollar request for extra border security funding should be included, according to a report of The Politico.

It only takes one person to object in order to block a bill from passing immediately through unanimous consent.

The Senate passed the bill by 85 votes in favor and 8 against earlier this month. Trump has said publicly that he would sign the bill even without the border funding he had previously requested.