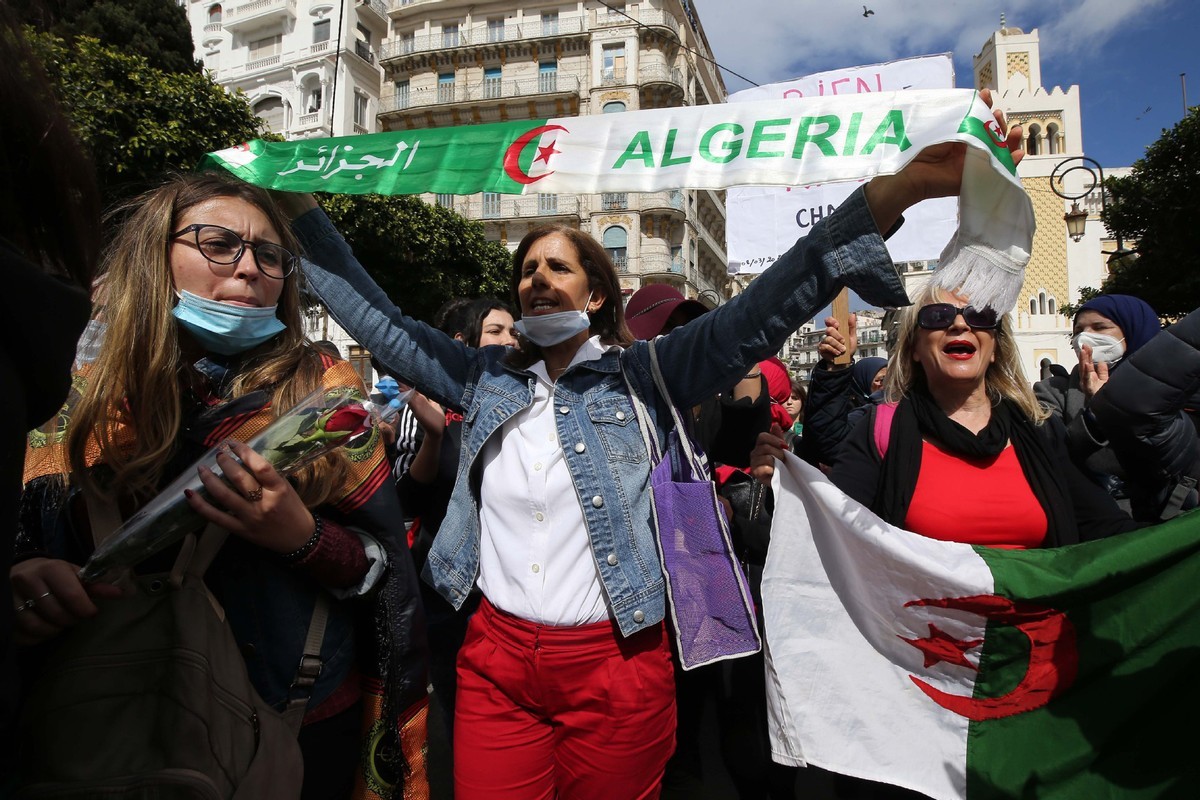 Algerian women call for protecting women rights on the occasion of the International Women's Day in Algiers, Algeria, on March 8, 2021. (Photo: Xinhua)

A third of women in sub-Saharan Africa suffer violence at the hands of their male partners, a United Nations study indicates.

The report's release on Tuesday, coming a day after International Women's Day, sheds more light on the pressures that have long faced women and which are being exacerbated by the coronavirus pandemic.

At the release of the report, World Health Organization Director-General Tedros Adhanom Ghebreyesus condemned all forms of violence against women.

"Violence against women is endemic in every country and culture, causing harm to millions of women and their families, and has been exacerbated by the COVID-19 pandemic," Tedros said.

"But unlike COVID-19, violence against women cannot be stopped with a vaccine. We can only fight it with deep-rooted and sustained efforts by governments, communities and individuals in order to change harmful attitudes, improve access to opportunities and services for women and girls, and foster healthy and mutually respectful relationships."

The study noted that forms of violence against women range from slapping, pushing and kicking to choking and threats with a weapon. Acts of sexual violence include women being coerced into sex.

The study found that women in the Democratic Republic of Congo suffered the most in Africa. Some 47 percent of women and girls between 15 and 49 years reported being subjected to violence, and 36 percent said it had occurred over the past 12 months. In Equatorial Guinea, the study revealed the corresponding figures were 46 percent and 29 percent.

Phumzile Mlambo-Ngcuka, the UN Women's executive director, said the violence was at its worst for those aged 15 to 24.

"That was the situation before the pandemic stay-at-home orders," Mlambo-Ngcuka said. "We know that the multiple impacts of COVID-19 have triggered a shadow pandemic of increased reported violence of all kinds against women and girls. Every government should be taking strong, proactive steps to address this, and involving women in doing so."

The WHO said the trends revealed in the study do not reflect the impact of the pandemic.

The WHO warns that the pandemic has further increased women's exposure to violence, as a result of measures such as lockdowns and disruptions to vital support services.

Tedros said many countries have seen increased reporting of partner violence to helplines, police and health workers during lockdowns.

However, the full impact of the pandemic on violence against women and girls will become clearer with more surveys, the WHO said.