Third wave of coronavirus 'definitely under way' in UK: scientist

LONDON, June 19 (Xinhua) -- A new wave of coronavirus infections is "definitely under way" in England due to the Delta variant first identified in India, a British government advisory scientist said Saturday. 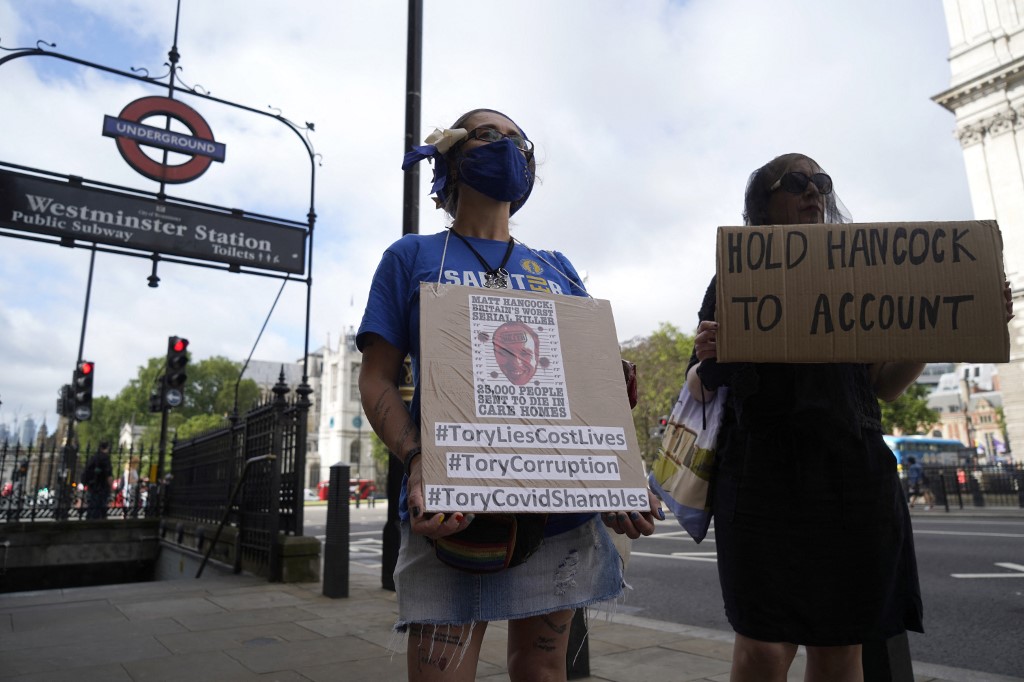 Activists carry placards as they protest against the government's handling of the Covid-19 crisis, along Whitehall in London on June 10, 2021. (Photo: AFP)

"The race is firmly on between the vaccine programme... and the Delta variant third wave," said professor Adam Finn, a member of the Joint Committee on Vaccination and Immunisation (JCVI).

Acknowledging the recent surge in infections, Finn told the BBC: "Perhaps we can be a little bit optimistic it's not going up any faster, but nevertheless it's going up - so this third wave is definitely under way."

Noting that the highest number of cases of the Delta variant being among 16-25-year-olds, Finn said that older people are still "much more likely to end up in hospital".

"As far as vaccines are concerned, the main emphasis everywhere at the moment is immunising adults because it's adults that suffer predominantly from this infection," he said.

Meanwhile, epidemiologist Mike Tildesley said he is "cautiously hopeful" that hospital admissions in Britain will not be on the same scale as in January.

Tildesley, a member of the Scientific Pandemic Influenza Group on Modelling (SPI-M), another government advisory body, said cases have been "creeping steadily" over the past month "but we haven't yet seen that reflected in hospital admissions and deaths".

"I'm cautiously hopeful that whilst we probably will expect some sort of wave of hospital admissions over the next few weeks, it won't be the same scale that we saw back in January."