A third woman has worshipped at an Indian flashpoint temple in Kerala, police said Friday, two days after the entry of two others for the first time since a landmark court ruling in September sparked violent protests. 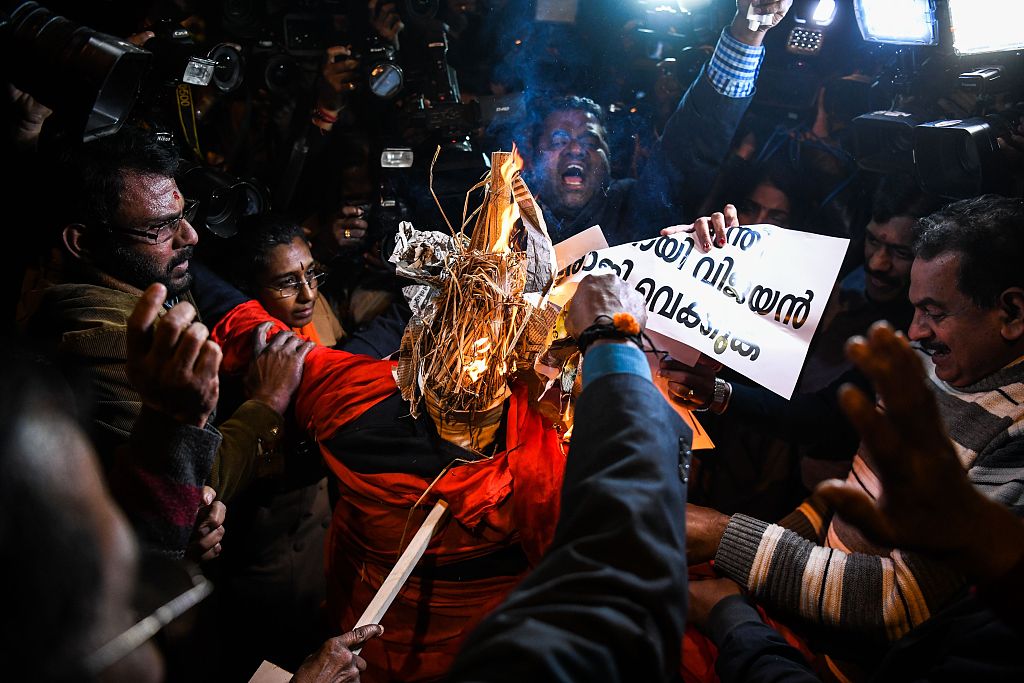 Indian Hindu activists burn effigy of Chief Minister of Kerala Pinarayi Vijayan during a demonstration over two women entering the Sabarimala Ayyapa temple in the southern state of Kerala, in New Delhi on January 3, 2019. (Photo: VCG)

"She entered the temple yesterday night. She is 47 years old and came as a devotee. We were aware and watched the situation," Balram Kumar Upadhyay, a police official in the southern state, told AFP.

In September, India's Supreme Court overturned a ban on women of menstruating age -- deemed as those aged 10 to 50 -- setting foot in the gold-plated hilltop temple.

But Hindu hardliners until this week prevented any from doing so.

Clashes on Wednesday and Thursday between devotees, activists of Kerala's ruling leftist alliance and riot police firing tear gas and water cannon, left one man dead and at least 15 people injured, including four BJP supporters who were stabbed.

Police said that more than 750 people have been arrested and that the situation remained tense but peaceful on Friday.

Upadhyay said that the situation at the temple on Friday is "normal for now. We are responsible for crowd control and security. We are doing that."