WORLD This year’s state elections could shape future for Congress

This year’s state elections could shape future for Congress 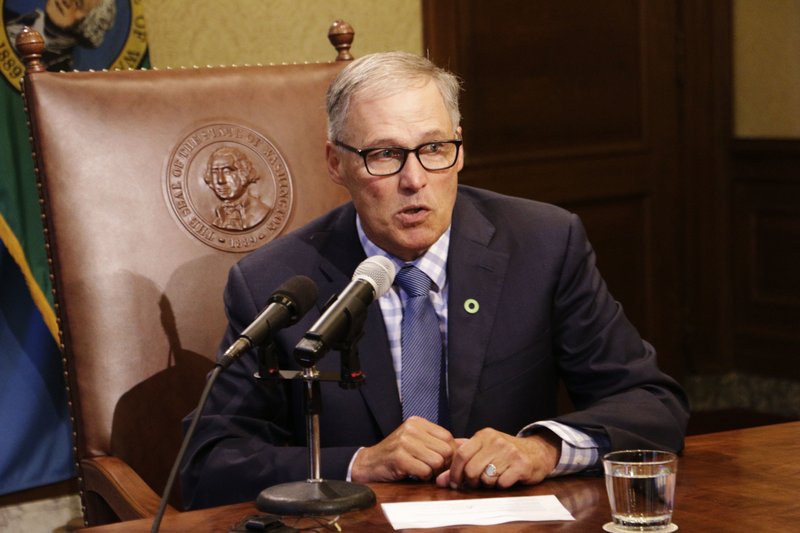 Buoyed by a string of electoral victories during President Donald Trump’s first year in office, Democrats will be waging a renewed battle to wrest control of Congress from Republicans this year.

Yet the contests with the greatest long-term consequences for Congress could be elsewhere on the ballot —for governors and state legislators who will shape the boundaries of congressional districts for the decade to come.

Voters in two-thirds of the states will be electing governors to new four-year terms in 2018. Of those, 26 will be vested with the power to approve or reject congressional maps that will be redrawn after the 2020 Census.

Although most of the thousands of state lawmakers responsible for redistricting will be chosen in 2020, a total of 766 will be elected to four-year terms in nearly two dozen states where they will play a role in approving congressional maps.

Winning a governorship ensures a political party has at least some say in redistricting. Matching a governor with a legislature led by the same party — as Republicans have done in three times as many states as Democrats — gives a party the potential to draw favorable districts that could cement its power for a decade.

This year is “enormously consequential for redistricting,” said Justin Levitt, a professor at Loyola Law School in Los Angeles who tracks redistricting nationwide. “The 2018 elections will in some cases decide — and in the rest of the cases, tee up — who is actually in charge of drawing the lines in 2020.”

During the last redistricting, Republicans who swept into control of numerous governorships and state legislatures in 2010 used their newfound power to draw lines that helped them win and retain majorities in the following years.

An AP analysis published earlier this year found that Republicans won as many as 22 additional US House seats in 2016 over what would have been expected based on their average vote share in congressional districts across the country. That helped provide the GOP with a comfortable majority — instead of a slim one — over Democrats.

While Democrats also have drawn congressional districts to their advantage, the AP’s analysis found nearly three times as many states with Republican-tilted House districts among the two dozen most populated states that determine the vast majority of Congress.

“There is an epidemic of gerrymandering,” said Washington Gov. Jay Inslee, who recently took over as chairman of the Democratic Governors Association, “and the best way to cure it is to elect some Democratic governors so at least there is a person at the seat of the table.”

A total of 36 governor’s races are on the ballot next year, though two of those are to fill out two-year terms.

The Democratic Governors Association is targeting races in eight states — Colorado, Florida, Maine, Michigan, Nevada, Ohio, Pennsylvania and Wisconsin — that it believes could nearly wipe out the GOP congressional advantage if Democratic governors were able to forge favorable maps.

Republicans are targeting many of the same states while also hoping to flip Democratic governorships in Minnesota and elsewhere, and protect their turf in Arkansas, South Carolina and Texas.

“The majority of the House of Representatives is absolutely on the line,” said Jon Thompson, a spokesman for the Republican Governors Association. “If Republicans want to hold on to the House in this next decade, governors’ races are immensely important.”

The GOP will be defending 26 governorships in 2018, nearly half of which will be open because incumbents can’t or chose not to run again. Democrats will have nine governorships on the ballot. Alaska Gov. Bill Walker, an independent, also is up for re-election.

Their past success means Republicans will be on defense in 2018. Adding to their challenge is a century of history, which shows that the party of the president typically loses ground in midterm elections. A turbulent first year for Trump has heightened Democratic hopes that their victories in a small sampling of 2017 elections (Democrats gained a net of about 30 seats around the country) will carry over into the new year.

“Gerrymandering creates a structural barrier that under normal circumstances is very difficult to overcome,” said Kelly Ward, executive director of the National Democratic Redistricting Committee. But a “tsunami-type election is going to, I think, put more seats on the table than otherwise would be.”

Matt Walter, president of the Republican State Leadership Committee, acknowledges that Republicans are likely to lose some seats in 2018, particularly in places that had voted for Democrat Hillary Clinton over Trump. Yet Republicans still expect to retain their overall advantage in state capitols.

Gains by the minority party in either of those states’ legislatures also are important, because they could prevent the majority from overriding a gubernatorial veto of redistricting maps.

The stakes will be particularly high in Alabama and Maryland, the only two states where the governors and all lawmakers in both state legislative chambers will be up for election to four-year terms. In many other states, staggered Senate terms mean only half the members will be on the ballot, and House or Assembly members serve two-year terms.

Alabama has been a solid Republican state, but Democrats have new hope in state contests after Democrat Doug Jones narrowly defeated Republican Roy Moore in a special US Senate election in December.

Maryland, by contrast, has been traditionally dominated by Democrats, who used a governmental trifecta to draw pro-Democratic congressional districts after the 2010 Census. But it’s now led by Republican Gov. Larry Hogan, who holds generally favorable public approval ratings heading into the 2018 elections.

Hogan declined to say whether redistricting makes his re-election more important for Republicans, noting instead that he will continue to push for creation of a non-partisan redistricting commission.

The US Supreme Court is weighing challenges to Maryland’s congressional map, as well as to a Wisconsin state Assembly map that favors Republicans.

If justices adopt a new standard for determining whether partisan gerrymandering is unconstitutional, it could affect districts in those states for the upcoming elections and force all states to rethink the way they draw lines after the 2020 Census.