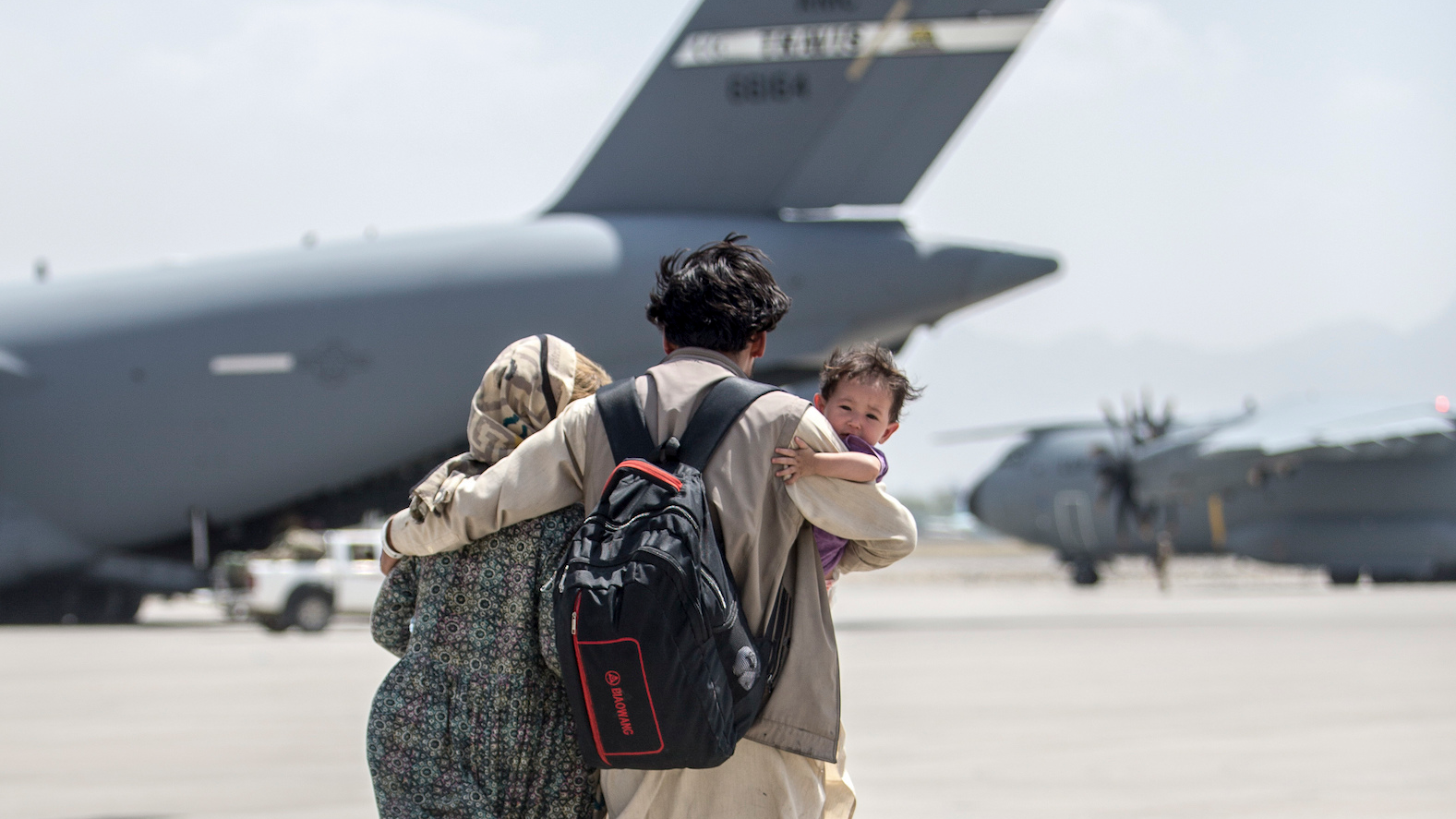 British, Canadian and American soldiers stand guard at the Kabul International Airport as thousands of people continue to evacuate to various countries around the world on Monday.

Entitled personnel and Afghans boarded planes in the foreign military-controlled part of the airport, as hundreds of Afghans waited outside hoping to depart following the Taliban's military takeover.

The British Defense Secretary Ben Wallace said the evacuation effort is "down to hours, not weeks," and conceded Britain's involvement will end when the U.S. departs Afghanistan.