Thousands have fled a volcanic eruption in the Democratic Republic of the Congo, but the flaming lava from Mount Nyiragongo appeared to have come to a halt on the outskirts of Goma city early Sunday. 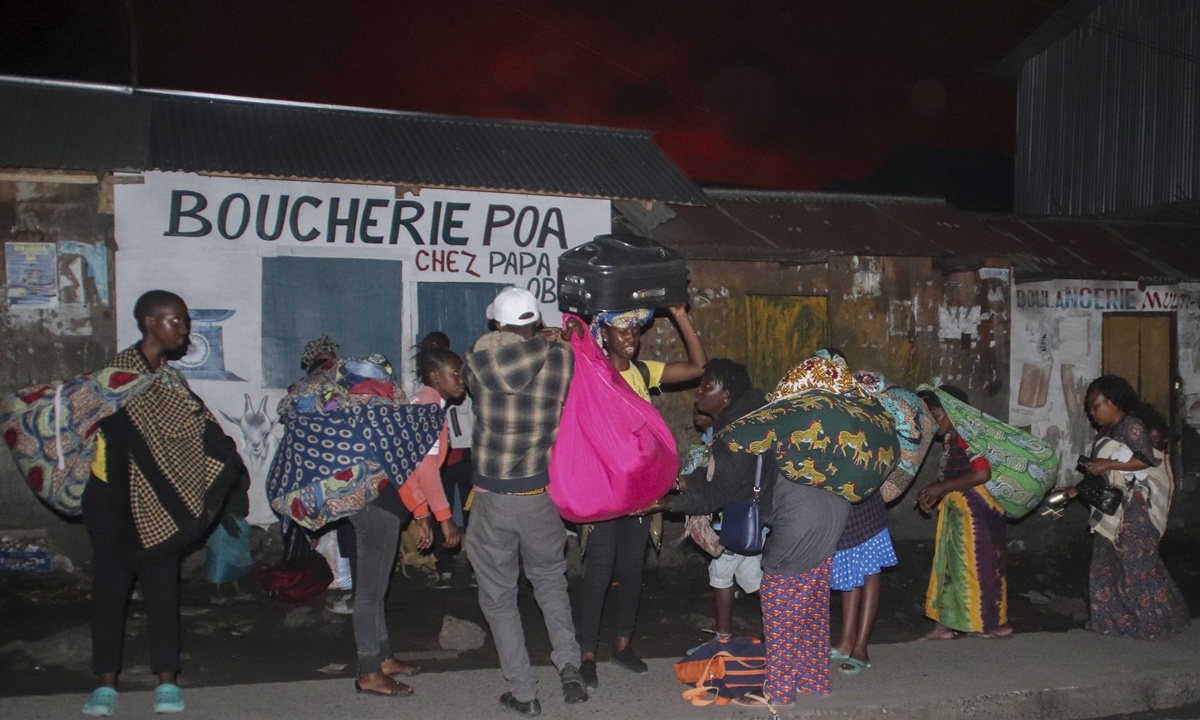 People flee with their belongings after the eruption of Mount Nyiragongo, in Goma, Congo, on Saturday. Photo: VCG

According to an AFP correspondent at the scene, the molten rock, which the eruption had sent close to Goma airport on the shores of Lake Kivu, still appeared unstable, but had come to a standstill in the suburbs of the eastern city. And around a dozen earth tremors were felt in the early hours.

"People are beginning to return to their homes. The situation seems to have calmed down for the moment," one resident said.

"But people are still scared. The authorities still haven't made any official announcement so far this morning."

Thousands had fled during the night and many families slept on pavements surrounded by their belongings under a night sky turned red by fire and fumes. "There is a smell of sulphur. In the distance you can see giant flames coming out of the mountain," one resident, Carine Mbala, told AFP.

Officials said the lava had reached Goma city airport although residents said it had stopped at the edge of the facility. Goma appeared relatively calm as dawn broke, but people said they are still wary.

"People are wondering whether the volcano has stopped, or whether it will continue, whether the lava will reappear," one resident said.

Congolese President Felix Tshisekedi said he would "interrupt his stay in Europe to return home on Sunday to supervise the coordination of aid."