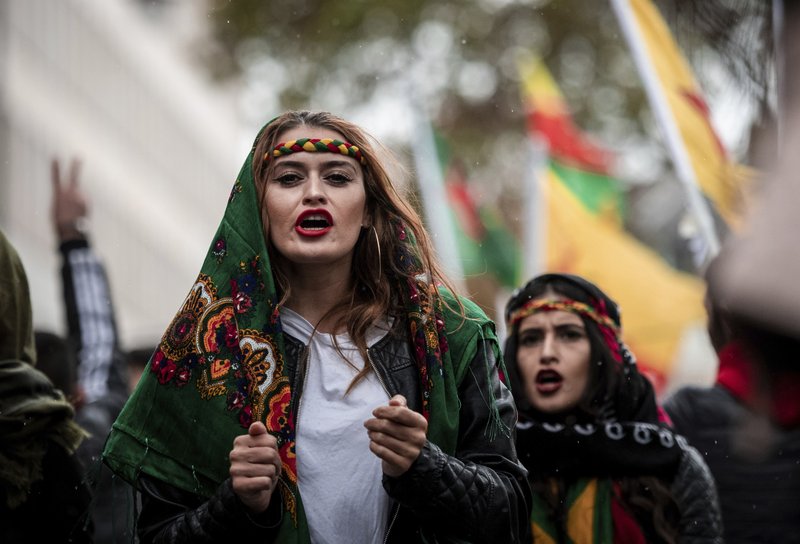 Thousands of people in the German city of Cologne demonstrated Saturday against Turkey’s offensive in northern Syria.

City authorities said around 10,000 people took part in the marches organized by left-wing groups. Police were out in force amid concerns about possible violence but authorities said the event was largely peaceful.

Some demonstrators carried flags of the Syrian Kurdish force known as the People’s Protection Units, or YPG, which Turkey is trying to push back. Others carried placards with slogans such as “No deals with the AKP regime” — a reference to Turkish President Recep Tayyip Erdogan’s party.

Germany is home to large Turkish and Kurdish communities, and tensions between them have turned violent in the past.