Thousands took to the streets of the Sudanese capital Khartoum on Thursday to protest military rule, AFP correspondents reported.

"Down with Burhan's rule," protesters chanted in reference to army chief General Abdel Fattah al-Burhan, who seized power in a coup last year. "Even if we die, the military will not rule us." 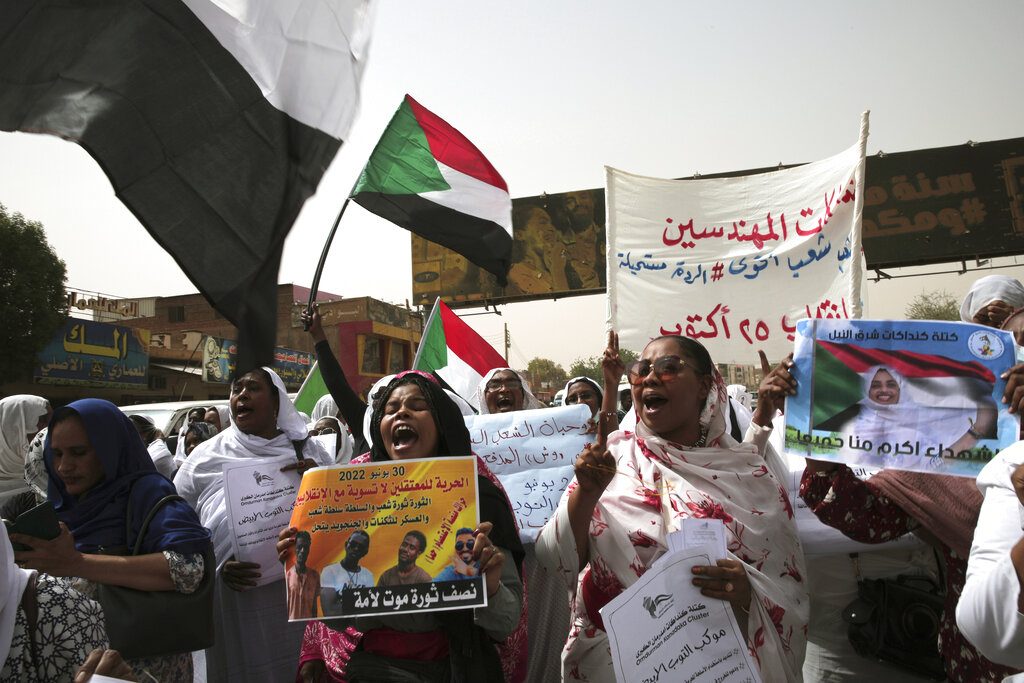 An AFP correspondent said internet and phone lines had been disrupted since the early hours, a measure the Sudanese authorities often impose to prevent mass gatherings.