Thousands of Spaniards gathered in Madrid on Sunday to demand that the government take steps to curb the depopulation of rural areas. 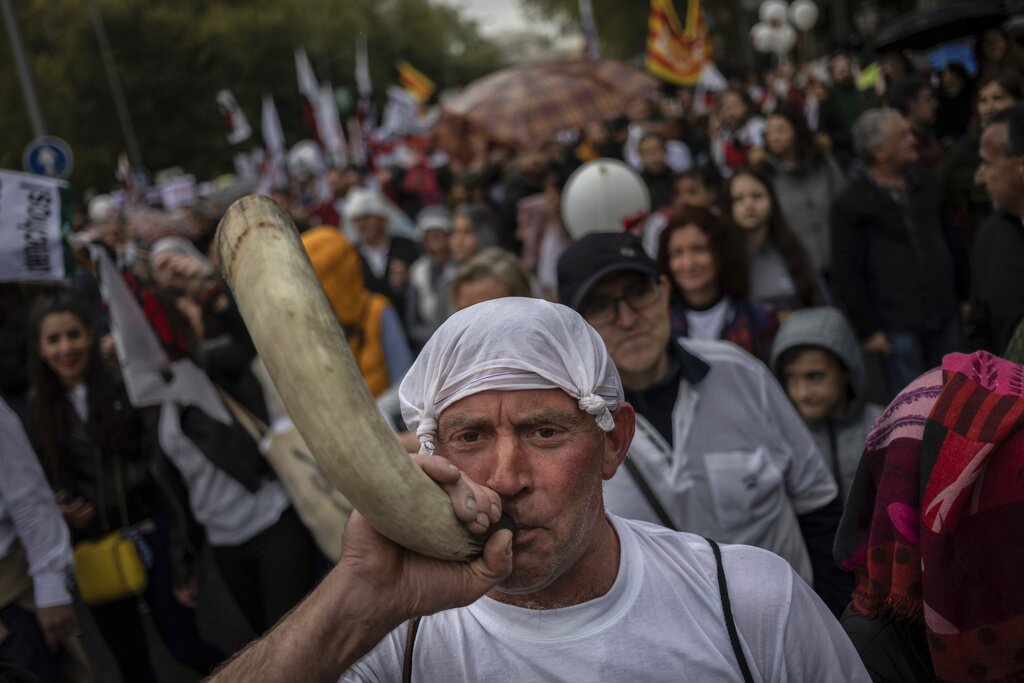 Sunday's march under the slogan "The Revolt of the Emptied Spain" was organized by grassroots groups from rural areas in the southern European Union nation.

In Spain, 90 percent of the population is now concentrated in 30 percent of the country's territory, namely in Madrid and the coastal areas. That leaves 10 percent of its people spread over large swaths of the interior.

On Friday, the government announced measures to improve internet networks in the countryside.

The march comes before Spain's April 28 general election, when rural areas could play a key role in deciding if the Socialists stay in power. Spanish election law gives more weight to underpopulated areas.