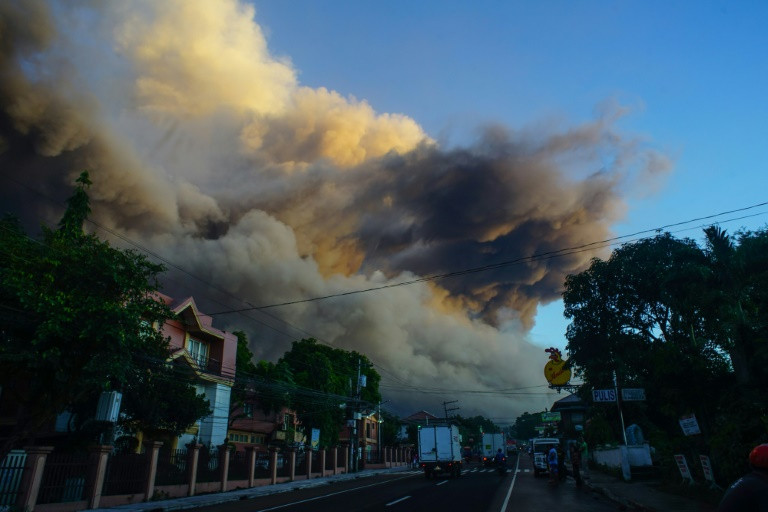 Tens of thousands more people have fled an erupting volcano in the Philippines, relief workers said Wednesday, as foreign tourists arrived to watch the flaming lava and giant clouds spurting from its crater.

More than 70,000 residents are now crammed in schools and other buildings, a figure that has nearly doubled over the past three days, officials said, two weeks after Mayon volcano began showing signs of activity.

Volcanologists on Monday warned of a hazardous eruption within days and a no-go zone was extended from six kilometres (3.7 miles) of the crater to nine kilometres, forcing even those beyond it to flee homes being pounded by a rain of ash.

"They were not in the danger zone but they are scared," Cedric Daep, the head of the civil defence office of Albay province told AFP, adding about 360,000 people, or a third of the province's one million residents have been breathing in volcanic ash.

At some shelters, evacuees are sleeping on the floor, with as many as 50 people sharing a toilet. Other shelters have no toilets at all, relief officials said.

"They are saying that the local government will provide (portable toilets) but until now, there are still" none, said Maria Evelyn Grollo, who runs a school-turned-shelter for more than 4,000 people on Legazpi city's outskirts.

Rose Rivero, the local Red Cross administrator, said the evacuees, mostly farmers and their families, are surviving on food handouts from the government and charities, with her aid group pitching in with drinking water, counselling, and hygiene items.

"We did not want to leave because we knew life is hard at the evacuation centres. But the ashfall yesterday was just too much," Susan Nolaso, one of the new arrivals, told GMA television.

Drone footage aired by the network showed Guinobatan, a farming town of 65,000 people below Mayon's western slope carpeted in ash that from the air resembled dirty snow with just the green of rice paddies breaking the pattern.

"If we go back to its (Mayon's) history of eruption, it would take three to four months before we could send them back to their homes," Rivero said.

The state volcanology office said there was little chance of that happening soon. 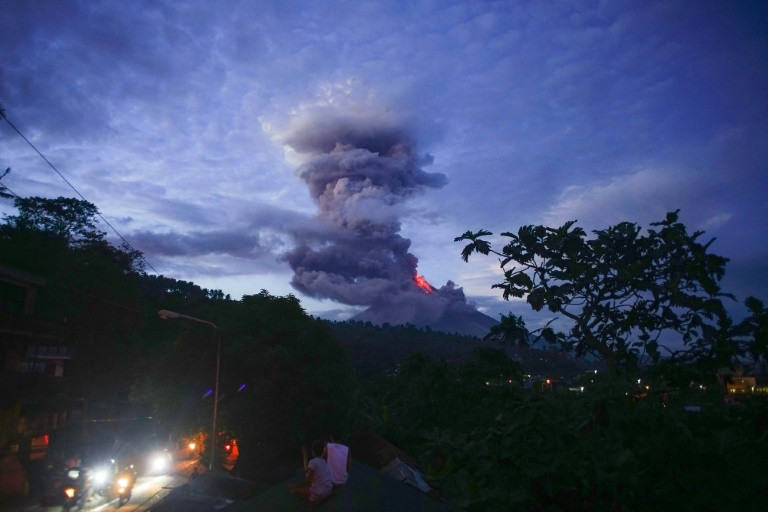 It reported five episodes of "intense but sporadic lava fountaining from the summit crater" overnight Tuesday, along with ash plumes five kilometres high.

Lava and incandescent rocks also rolled down the volcano's flanks, it said in a Wednesday bulletin. 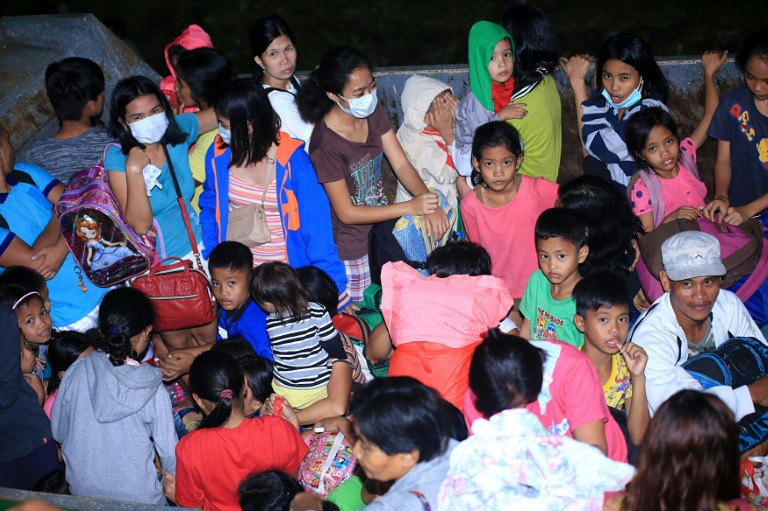 "They are attracted by Mayon's activity. They want to have a closer look," Nics Ortonio, a receptionist at the packed four-star Oriental Hotel in Legazpi told AFP.

Guests rush out of their 5,600-peso ($110) per day rooms to watch Mayon's periodic outbursts in safety from the hotel's terrace restaurant along with local diners, she added.

"This is good for business, but as a resident I am also affected," said Ortonio, 22, who said she and her parents were staying put for now at their home.

With 51 eruptions in the past four centuries, Mayon, a near-perfect cone located about 330 kilometres southeast of Manila, is considered the most volatile of the Philippines' 22 active volcanoes.

Authorities have closed airports in the region, while periodic ash showers have made driving on some roads nearly impossible. Local governments have advised residents to wear facial masks and goggles.