WORLD Thousands of healthcare workers die of COVID-19 in US: report

Thousands of healthcare workers die of COVID-19 in US: report

NEW YORK, Feb. 21 (Xinhua) -- Nearly a year into the life-altering COVID-19 pandemic, the United States is about to surpass the line of 500,000 deaths and the fatalities of healthcare workers were already measured in thousands, reported USA Today on Sunday. 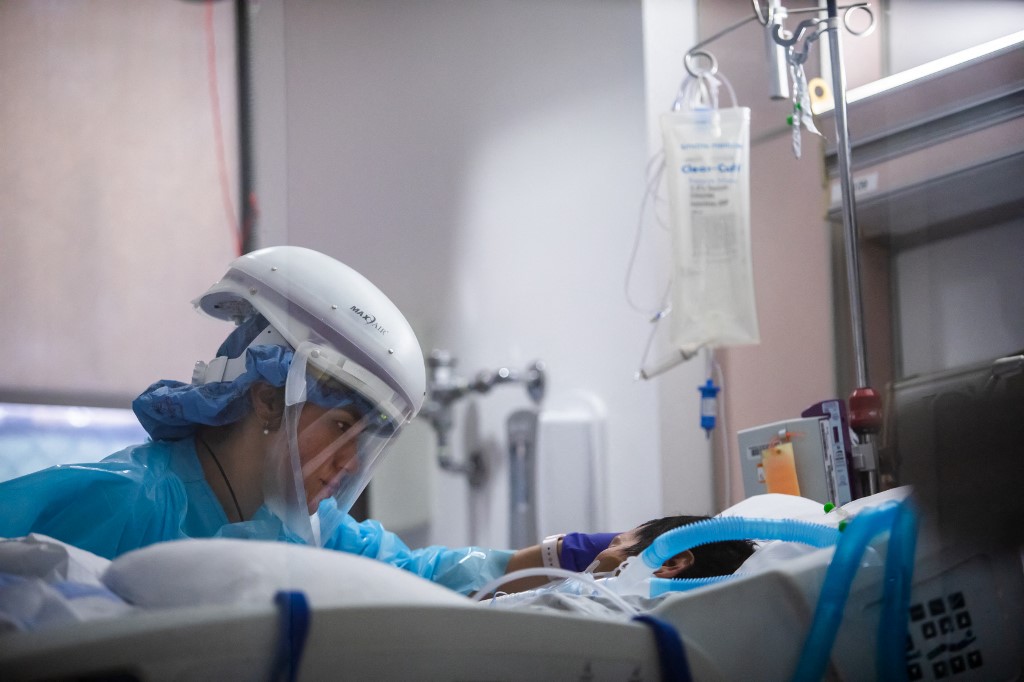 The Centers for Disease Control and Prevention (CDC) has recorded nearly 409,000 coronavirus cases and 1,438 deaths among healthcare personnel nationwide, but the agency acknowledges its data is incomplete.

A report in late December by Kaiser Health News and The Guardian said the number of healthcare fatalities was close to 3,000.

"They have been working endless hours amid constant death and suffering, forsaking time off and exposing themselves to the disease, leaving them exhausted and with no real indication of when the pandemic will relent," said the paper. "The toil has taken a toll."

Many Americans are fed up with wearing masks, desperate for a return to normalcy and numb to the relentless stream of grim numbers, but healthcare workers don't want to hear any of that, it said.

The arrival of vaccines in mid-December has removed some of the worry for medical workers, who were at the front of the line for inoculations, it added.

As of Sunday afternoon, the Center for Systems Science and Engineering at Johns Hopkins University reported 498,254 deaths in the United States, the worst in the world, with California, New York and Texas being the top three states of fatality.