WORLD Thousands of Hungarians protest in Budapest against Orban landslide

Thousands of Hungarians protest in Budapest against Orban landslide 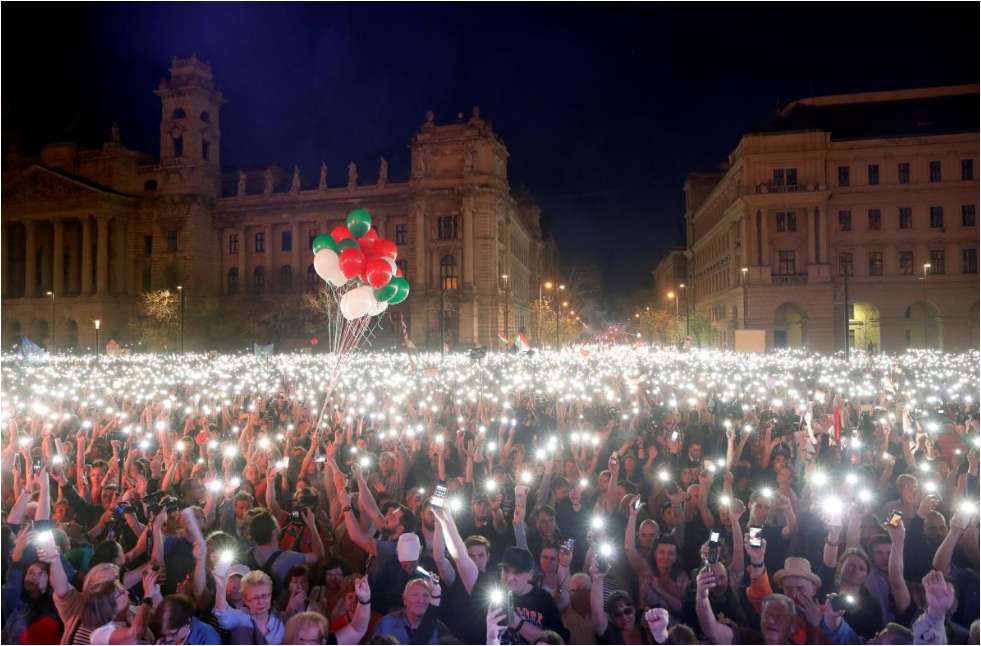 Thousands of Hungarians protested in Budapest on Saturday against what organizers said was an unfair election system that gave Prime Minister Viktor Orban another landslide victory at the polls after a “hate campaign” against immigrants.

Orban won a third straight term in power in Sunday elections after his anti-immigration campaign message secured a strong majority for his ruling Fidesz party in parliament, granting him two-thirds of seats based on preliminary results.

In a Facebook post before the rally, organizers called for a recount of ballots, a free media, a new election law, as well as more efficient co-operation among opposition parties instead of the bickering seen in the run-up to the vote.

Fidesz received 49 percent of national party list votes and its candidates won 91 of 106 single-member constituencies, most of them in rural areas, while leftist opposition candidates carried two-thirds of the voting districts in Budapest.

There was a similar split between ages, with support for Orban’s Fidesz at 37 percent among voters below 30, rising gradually to 46 percent among those older than 50, according to a survey by think tank Median published earlier this week.

In their Facebook post, the rally’s organizers said: “Fidesz’s election system and the government’s hate campaign have pushed the majority into a one-third (parliamentary) minority.” 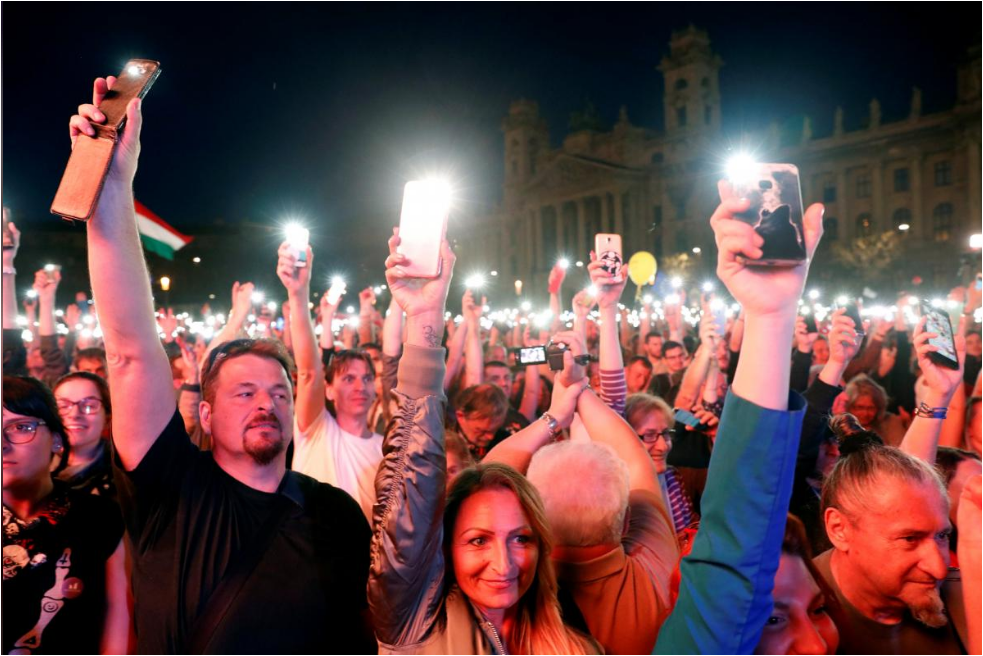 Protesters gathering outside the Opera House, a 19th century Neo-Renaissance palace on a majestic downtown avenue, were waving Hungary’s tricolor flag and the European Union flag, accompanied by whistles and horns blaring.

The demonstrators marched towards parliament, chanting: “We are the majority.”

In contrast to Orban’s closing rally in his native Szekesfehervar last week, where the overwhelming majority of supporters were middle-aged and elderly people, the Budapest protest attracted many people from younger generations.

Palma, who came to the protest with a friend, said she believed the Hungarian election system gave an unfair advantage to Orban’s ruling Fidesz party. However, she was also displeased with opposition parties.

“They are pathetic,” she said. “It is terrible that they are so weak, unable to reach a compromise and they kill each other instead of joining forces for us.”

Nationalist Jobbik and the Socialists, which have the biggest opposition groups in parliament, have said they would join the protest, which was to march to Parliament near the Danube River.

The Organisation for Security and Cooperation in Europe said the election did not offer opposition parties a level playing field amid a host of problems marring a vote that nonetheless generally respected fundamental rights.

Orban, who has transformed himself from a liberal anti-Communist hero into a nationalist icon admired by the far-right across Europe, brushed aside the criticism, telling the OSCE, “thanks for the contribution.”

A major opposition newspaper has closed since the election, marking another milestone in the gradual decline of media pluralism in Hungary.

The right-wing nationalist prime minister projected himself as a savior of Hungary’s Christian culture against Muslim migration into Europe, an image which resonated with millions of voters, especially in rural areas.

But the opposition’s poor showing was at least partly of its own making as rival candidates split the anti-government vote in five districts in Budapest, where preliminary results showed a slim Fidesz victory.

“Zero, zero, zero,” 29-year-old Dia Szenasi said about the opposition, adding that all leftist parties should have joined forces to have a better chance of ousting Orban.