Thousands of indigenous Colombians arrived in the country's capital on Sunday, demanding a meeting with President Ivan Duque and an end to growing violence in their territories.

The demonstrators are also asking that they be consulted on major development projects and for the full implementation of a 2016 peace plan that ended a half century of insurgency by the rebel Revolutionary Armed Forces of Colombia (FARC).

"We demand guarantees for life, the right to land and that they comply with the peace agreements with the FARC rebels," Hermes Pete, senior advisor to the Regional Indigenous Council of Cauca, told AFP. 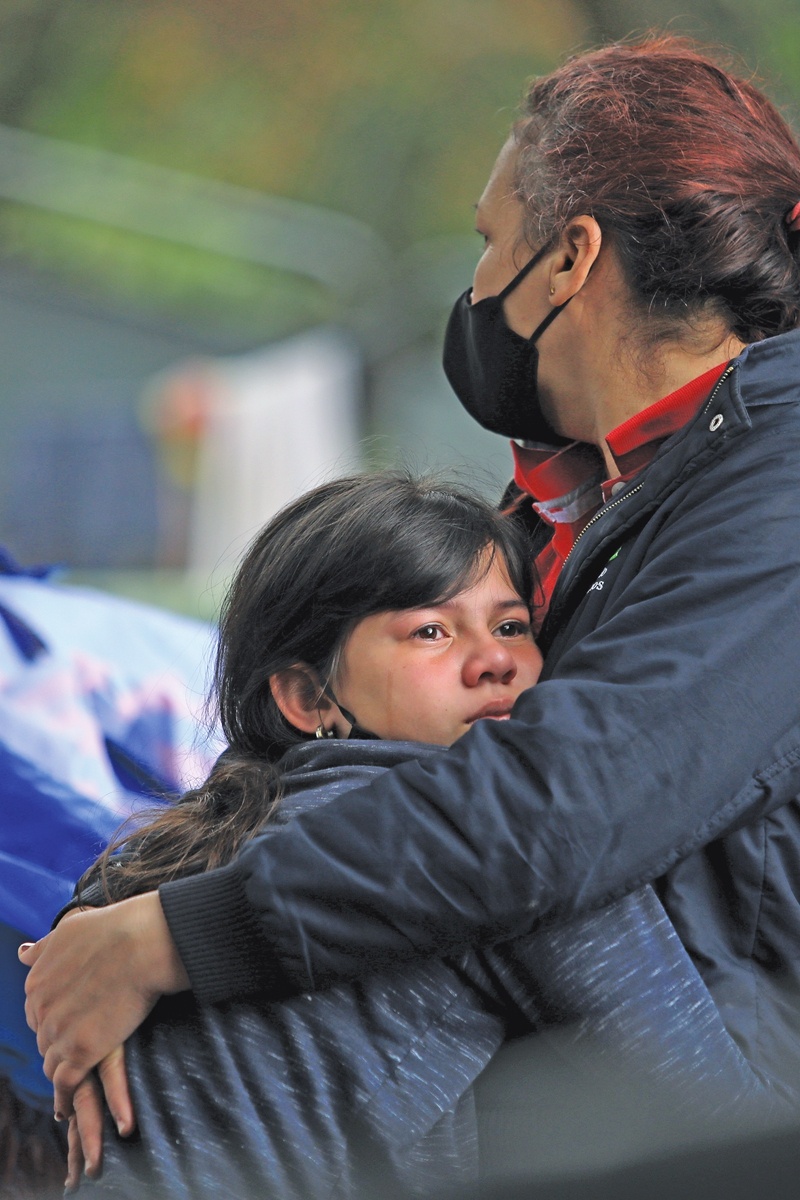 A girl cries at a makeshift camp where jobless and homeless Venezuelan migrants remain during the coronavirus pandemic, in Bogota, Colombia on June 17. (Photo: AFP)

Protests began on October 10 in southwestern Colombia and gradually advanced to the capital.

The approximately 7,500 who traveled to Bogota demanded a face-to-face meeting with the president to discuss the rise in violence from guerrillas and other groups financed by drug trafficking. But presidential advisor Miguel Ceballos insisted that there was no possibility of meeting with Duque, instead offering a meeting with a federal delegation and the ombudsman - an offer protestors rejected.

Ceballos also stressed his concerns about the risks of the pandemic, saying the government had distributed 1,000 COVID-19 tests among the demonstrators.

But protest spokesperson Noelia Campo insisted the minga, or indigenous meeting, "does not come sick, the minga comes healthy," and asked that the movement not be stigmatized.

Bogota mayor Claudia Lopez welcomed the protest movement and urged Duque to listen to its demands.

The group will march Monday to the Plaza de Bolivar, next to the presidential palace.

On Wednesday, they will join the "national strike," an anti-government movement that began in late 2019.

Duque, a conservative, has faced numerous protests during his two years in office, prompted by abuses by the armed forces, controversial economic and education policies, and a marked increase in violence against human rights activists.

"We have come to tell the country to respect our lives, to respect our territory... because today the pandemic is not killing us, we are being killed by the murderous bullets and the spread of the different armed groups," protest spokesperson Campo said.