WORLD Thousands of Indonesians rally at US Embassy over Jerusalem

Thousands of Indonesians rally at US Embassy over Jerusalem 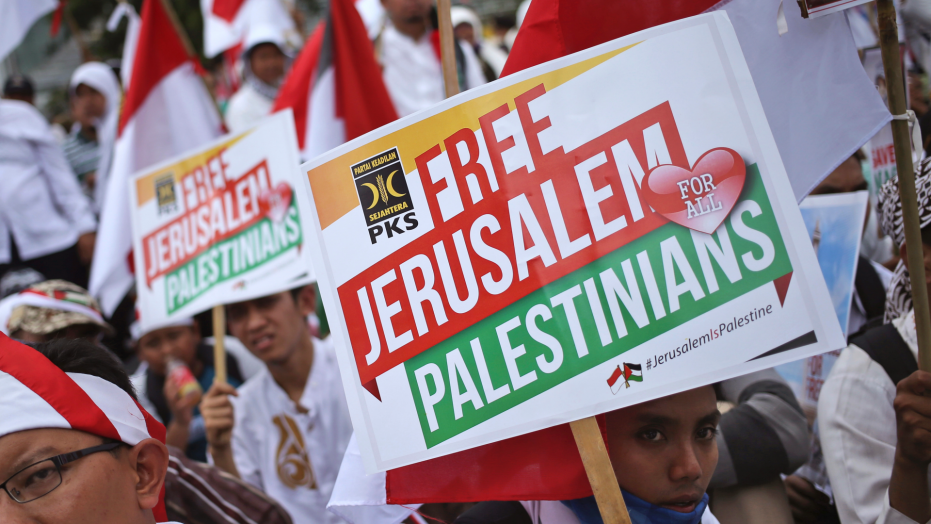 About 10,000 people rallied Sunday outside the U.S. Embassy in the Indonesian capital of Jakarta to denounce President Donald Trump's decision to recognize Jerusalem as Israel's capital.

Similar protests, mostly organized by the Islamist Prosperous Justice Party, or PKS, also were held in many other cities in Indonesia, the world's most populous Muslim country.

The protests were the third and biggest in Indonesia since Trump's decision on Thursday.

In the capital, protesters carried banners reading "U.S. Embassy, Get Out from Al Quds," ''Free Jerusalem and Palestinians" and "We are with the Palestinians." Al-Quds is the Arabic name for Jerusalem.

A written statement from PKS described Trump's decision as "a form of humiliation and provocation against Muslims all over the world."

It said similar and simultaneous protests also were held Sunday in at least 10 provincial capitals and cities across Indonesia.

Earlier in the day, another group, calling itself Indonesia's Volunteers Society, held a similar rally in Jakarta, hundreds of meters (yards) from the embassy.

Indonesian President Joko "Jokowi" Widodo has strongly condemned Trump's move, which he described as a violation of U.N. resolutions.

Indonesia has long been a strong supporter of Palestinians and has no diplomatic ties with Israel.