JERUSALEM, Sept. 13 (Xinhua) -- A total of 11.2 percent of Israeli children who recovered from COVID-19 suffered long-term symptoms, according to a survey issued by the state's Ministry of Health on Monday. 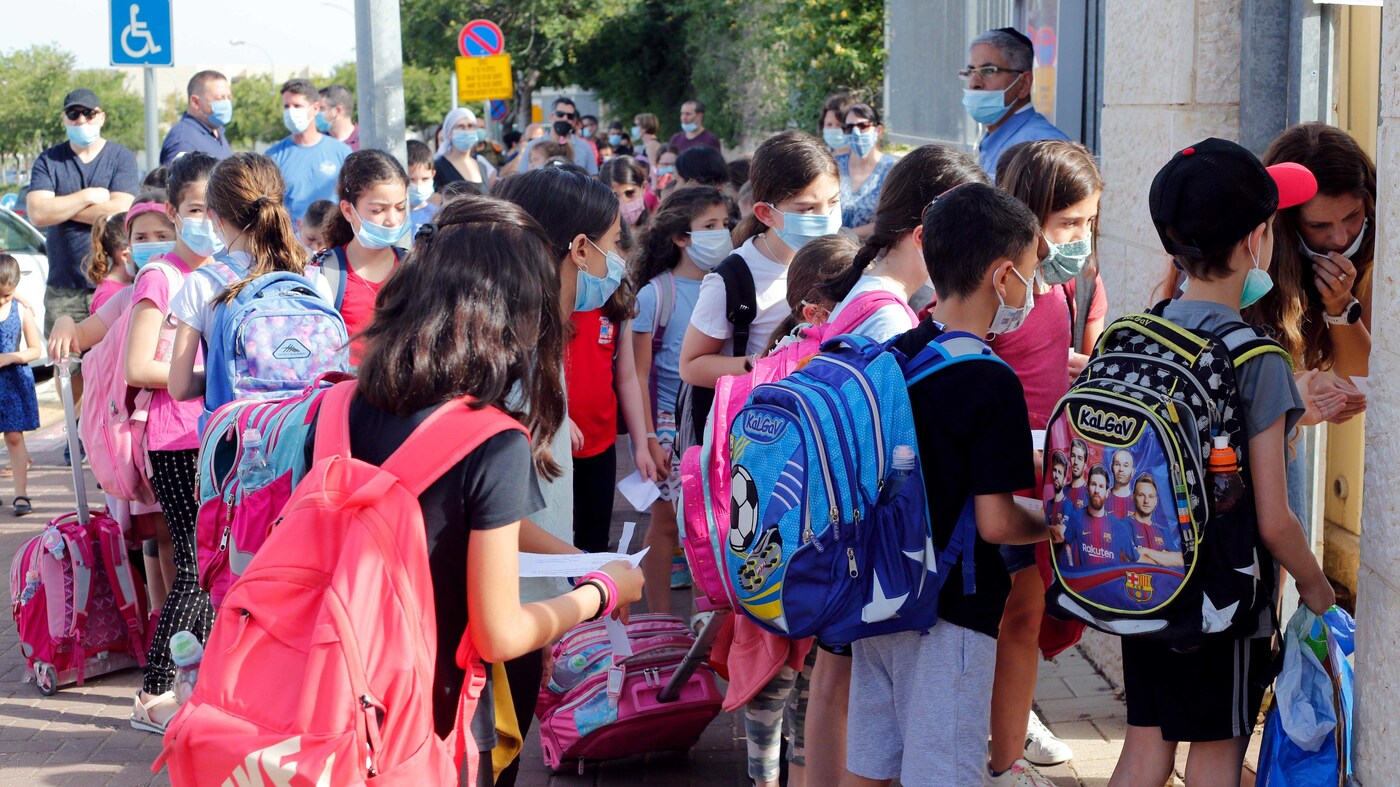 Students wear masks May 17 outside a school in the Israeli city of Modiin. Israeli students in all grades went back to school last month. (Photo: Xinhua)

The researchers examined post-acute sequelae of COVID-19 (PASC), or "long COVID," among 13,834 parents of children aged 3-18 who had recovered from the coronavirus, and found that 11.2 percent of the recoverd children in Israel had long-term symptoms.

They also noted that the chance of having long-term symptoms grows with the age of the child. Thus, 1.8 percent of children aged 3-6 years had long-term symptoms six months after recovery, compared with 4.6 percent among age of 12 to 18.

A correlation was found between symptomatic COVID-19 illness and the possibility of suffering long-term symptoms.

Among adolescents aged 12-18 who were symptomatic patients, 5.6 percent had long COVID, compared with 3.5 percent among those who were asymptomatic when tested positive.

A similar picture was also seen in other age groups, the ministry reported.

More than a third of the children included in the survey had experienced an exacerbation of neurological, cognitive, or mental symptoms, such as sleep disorders or concentration difficulties, compared to the period before infection.