Thousands of migrants headed towards US apply to Mexico for asylum

MEXICO CITY, Nov. 3 (Xinhua) -- More than 3,200 Central Americans who had been heading towards the United States have applied to Mexico for asylum over the past two weeks, the government said on Saturday. 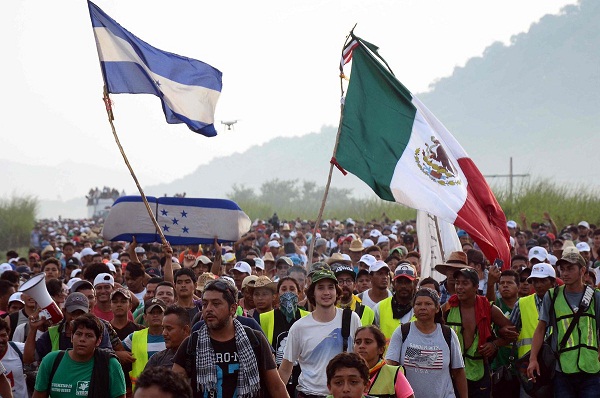 The applicants, mainly Honduran, are part of a massive caravan of migrants headed on foot towards the United States.

In a joint statement, the Foreign Affairs Ministry and Interior Ministry said a total of 3,230 asylum applications have been received to date.

With US President Donald Trump taking an increasingly hostile stance towards the migrant caravan, many have opted to try and remain in Mexico.

More than 400 of the applicants have decided to abandon the procedure and have asked to be deported, officials said.

"It is a migratory exodus," Interior Minister Alfonso Navarrete said on Wednesday, adding the migrants were fleeing poverty and a lack of opportunities.

Authorities estimate the first caravan includes 5,347 people at this point, with 4,347 making their way north through Mexico's Gulf Coast state of Veracruz and another thousand traveling through the southern state of Oaxaca.