Thousands of Moroccans march to support Palestinians against US peace plan 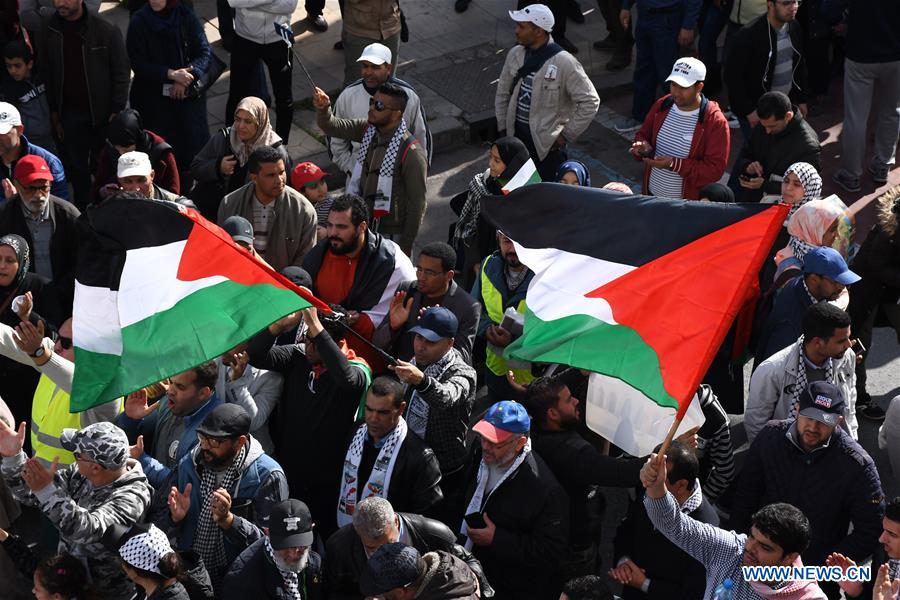 People participate in a rally to express their rejection of the US peace plan for the Middle East, in Rabat, Morocco, on Feb 9, 2020. (Photo: Xinhua)

RABAT - Thousands of Moroccans on Sunday marched in capital Rabat to express their solidarity with Palestinian people and their rejection of the recently released US peace plan for the Middle East.

Protesters chanted while carrying pro-Palestinian placards with words such as "No Trump's Deal of the Century", "Full solidarity with the Palestinian people", "Free Palestine".

Khalid Sefiani, a member of the secretariat of the National Action Group for Palestine, said, it is a historic day on which the Moroccan people reiterate their unanimous rejection of the "Deal of the Century".

The march was held on the request of some political bodies, trade unions and social society organizations.