WORLD Thousands of pro-Palestinian protesters march in Britain and France

Thousands of pro-Palestinian protesters march in Britain and France

Mass protests demanding freedom for Palestinians have continued this weekend. Thousands of demonstrators marched the streets of London, Paris and New York to express solidarity with the Palestinians living in occupied territories – and to put pressure on international leaders towards sanctioning Israel. 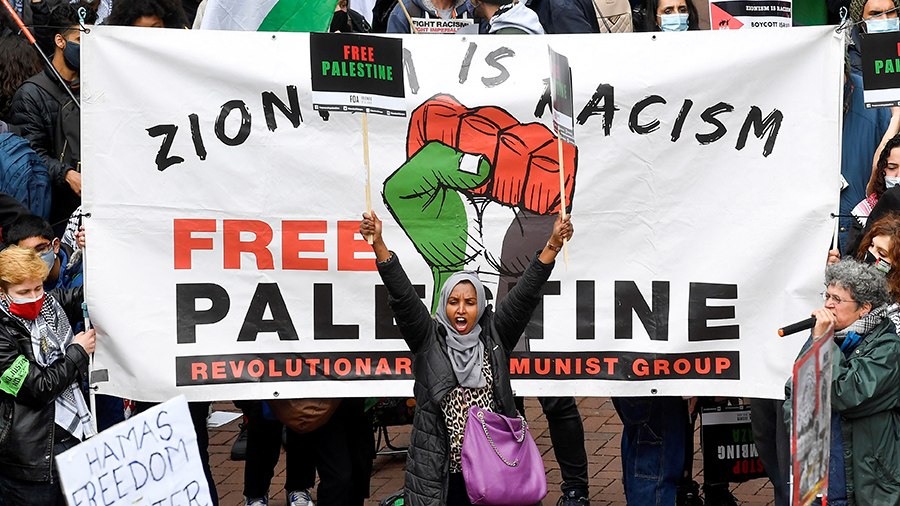 The pro-Palestinian protest in London on Saturday was the biggest of the sort in UK history. /Toby Melville/Reuters

In Paris, about 4,000 protesters rallied in Place de la Republique, chanting slogans such as "Palestine will live, Palestine will win," "Israel assassin, Macron accomplice" and "We are all Palestinians."

Regional authorities reported that at least 1,000 people joined pro-Palestinian protests in the French cities of Lyon and Lille, and more protests were held in Strasbourg, Toulouse and Montpellier. 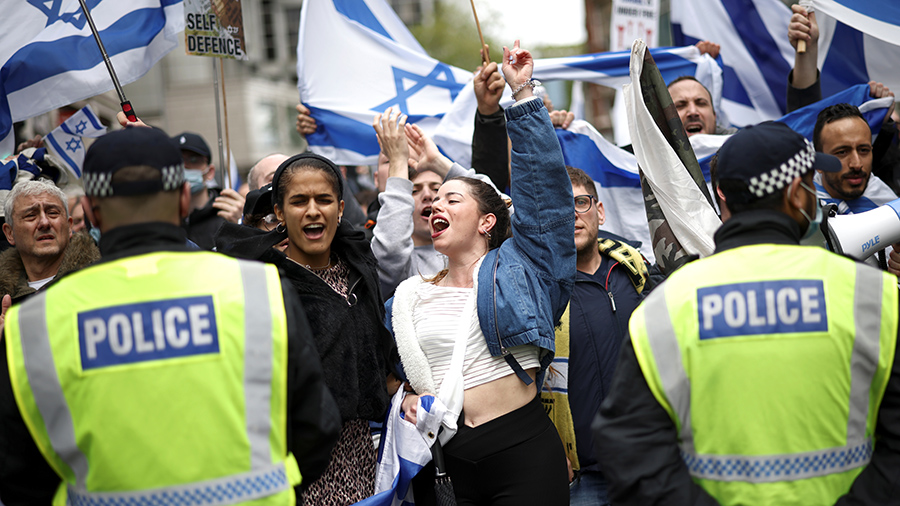 Pro-Israeli demonstrators attend a protest following a flare-up of Israeli-Palestinian violence, in London, Britain, on May 23, 2021. /Henry Nicholls/Reuters via CGTN

In London, a crowd of pro-Palestinian demonstrators, some draped in Palestinian flags and others setting off green and red smoke flares, called for "Free Palestine," "Stop bombing Gaza" and for "Sanctions on Israel".

Police arrested two as a scuffle broke out in front of the Israeli embassy among a group that had left the main demonstration.

Organizers claim more than 180,000 attended the march – making it the biggest pro-Palestinian protest in the history of the country.

Protests continued in the UK capital on Sunday, this time with pro-Israel demonstrators rallying outside Israel's embassy in London. 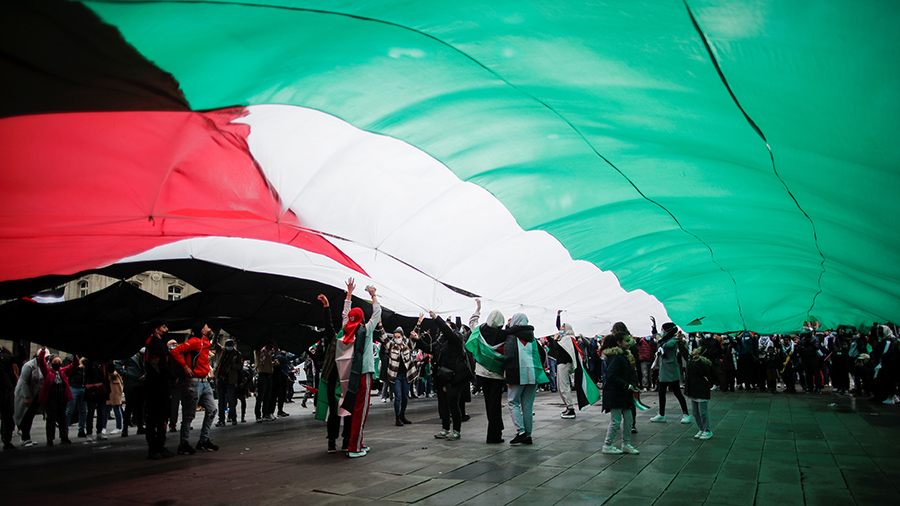 People hold a Palestinian flag during protests in the Republique square in Paris, France. /Benoit Tessier/Reuters via CGTN

A ceasefire between Israel and Palestinian militants from Hamas, called on Friday with the mediation of Egypt, seems to be holding up.

But the 11 days of hostilities have caused 248 fatalities on the Palestinians side and 13 on the Israeli one. Experts and international aid groups have expressed concerns over the humanitarian situations in Gaza, even after the ceasefire.

"Even if the bombings have ended, the occupier is still there," a 28-year-old protester at the Paris rally told AFP.

"The residents of Sheikh Jarrah are still facing the threat of expulsion and the Gaza Strip is blockaded," he added.