LONDON - Thousands of stranded lorry drivers are starting Boxing Day in their cabs after almost a week of disruption at the English Channel border, the Evening Standard newspaper reported Saturday. 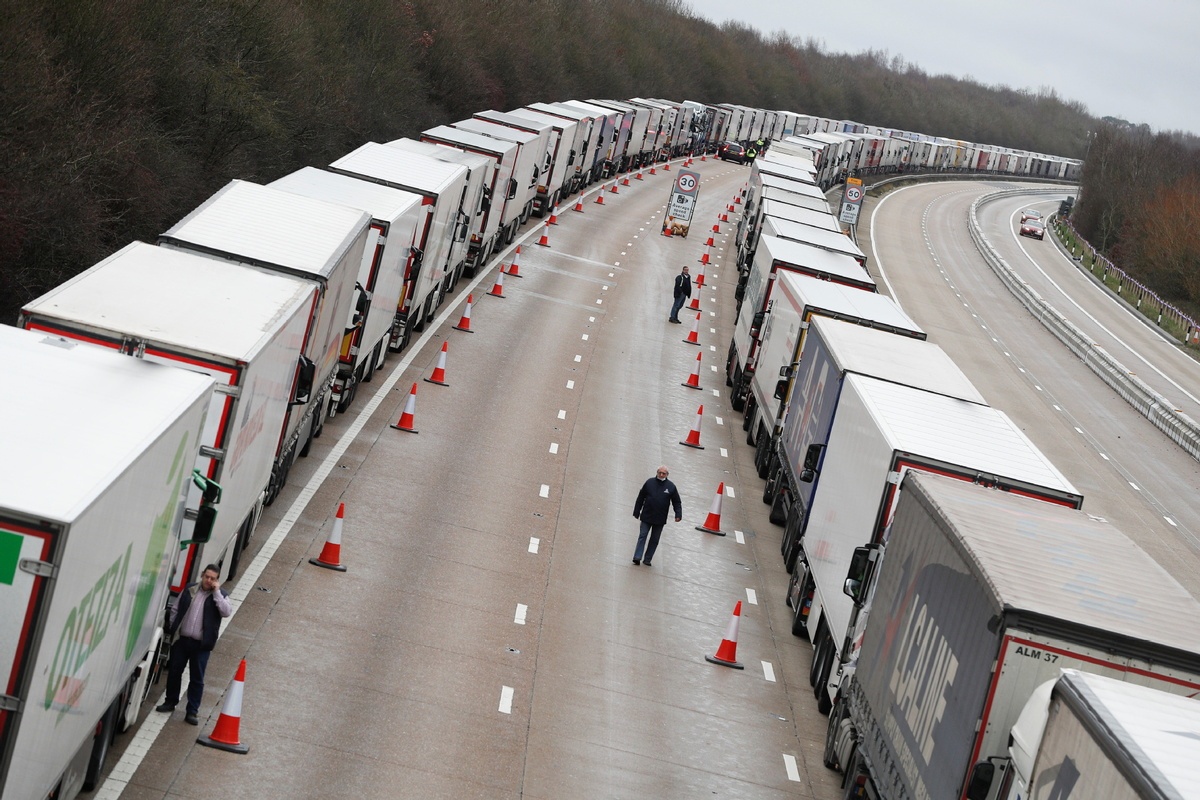 People walk amid lines of lorries queueing at the M20 motorway near Ashford amid the coronavirus disease (COVID-19) outbreak, Britain, December 26, 2020. (Photo: Agencies)

Around 3,000 hauliers were still waiting to cross into France from Kent in South East England on Christmas night despite hundreds of British troops being drafted in to help clear the backlog.

Some have already spent nearly a week stranded due to the diplomatic impasse, said the newspaper.

The British Ministry of Defence said that while 4,500 lorries had crossed the channel since French authorities eased restrictions on Wednesday, more vehicles were continuing to arrive "every hour", according to the London-based newspaper.

France closed its border last Sunday following the discovery of a fast-spreading mutant COVID-19 strain in Britain, causing severe disruptions at the Port of Dover.

Drivers wishing to enter France from Britain must now show proof of a negative COVID-19 test taken in the past 72 hours.

More than 10,000 coronavirus tests have been carried out in a bid to clear the backlog of lorries waiting to cross the English Channel into France on Christmas Day, said the newspaper.