WORLD Thousands of travelers affected in Europe by Ryanair strike

Thousands of travelers affected in Europe by Ryanair strike

Thousands of travelers in Europe saw their plans disrupted Friday after airline Ryanair cancelled some 190 flights because of strikes by cabin crew in Spain, Belgium, Holland, Portugal, Italy and Germany. 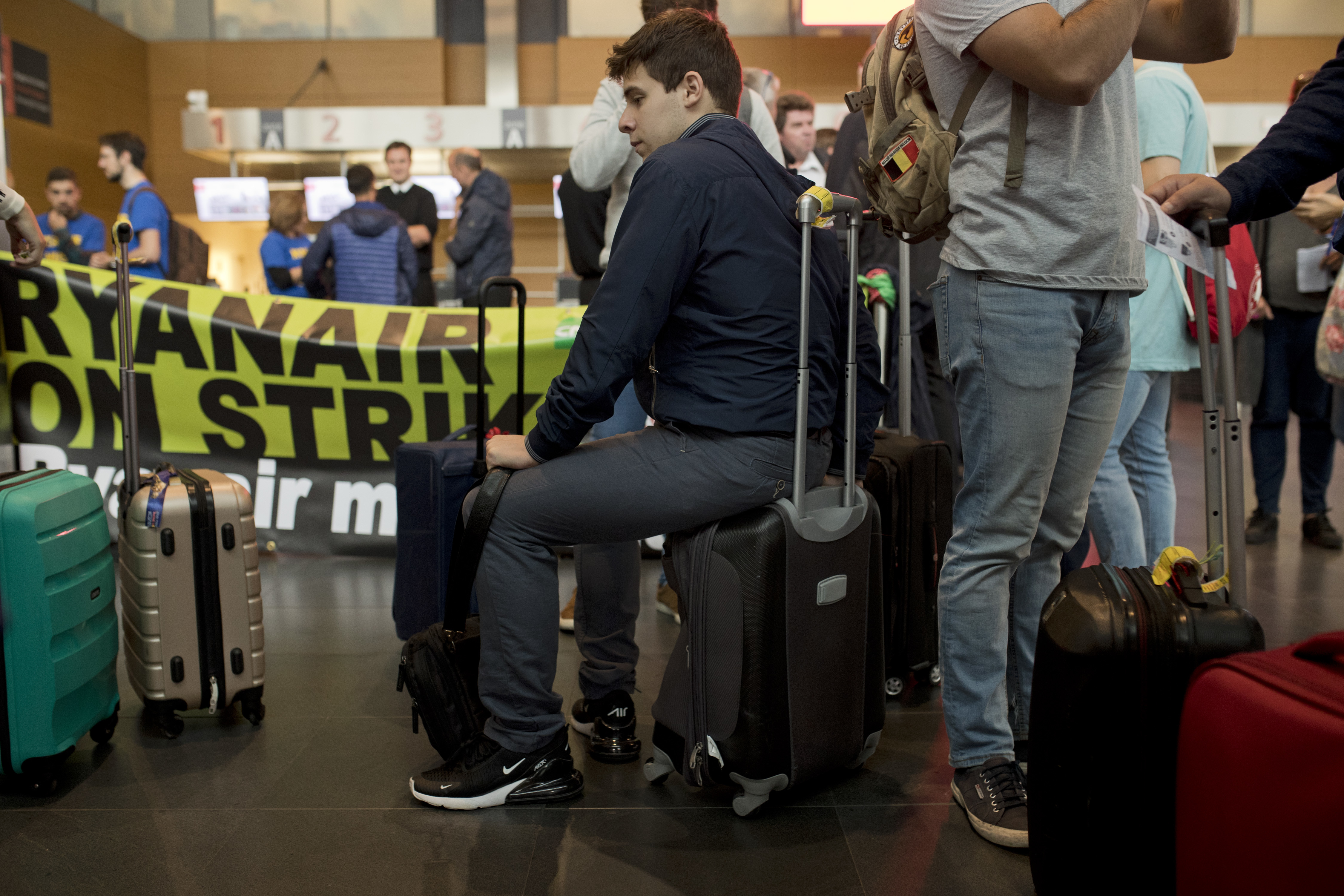 Spanish passengers wait for their flight to Malaga, Spain, in front of Ryanair airline check-in desks during a Ryanair employees strike at the Charleroi airport, outside Brussels, Belgium, Friday, Sept. 28, 2018. (Photo: AP)

The budget airline says it had informed passengers of possible disruptions ahead of time, giving them time to adjust.

In Tenerife, Spain, hundreds of passengers queued at Ryanair counters and dozens more at the Madrid airport as at least 64 flights of the low-cost company from or to Spain were cancelled.

The unions blame the Ireland-based company for breaking talks over the company's ratio of outsourced workers, working conditions and their demand for local contracts instead of Irish ones.

In a statement Thursday, the company blamed cabin crews of competitors for organizing the strikes and blocking "significant progress" in labor negotiations.

Spanish cabin crew workers' unions Sitcpla and USO say cancelations could be increasing throughout the day. Airports in Valencia, Mallorca and Tenerife are the most affected, the unions say.