At least 4,500 Honduran migrants pushed past police and crossed into Guatemala Friday night, passing the first hurdle of a journey north they hope will take them to a better life in the United States. 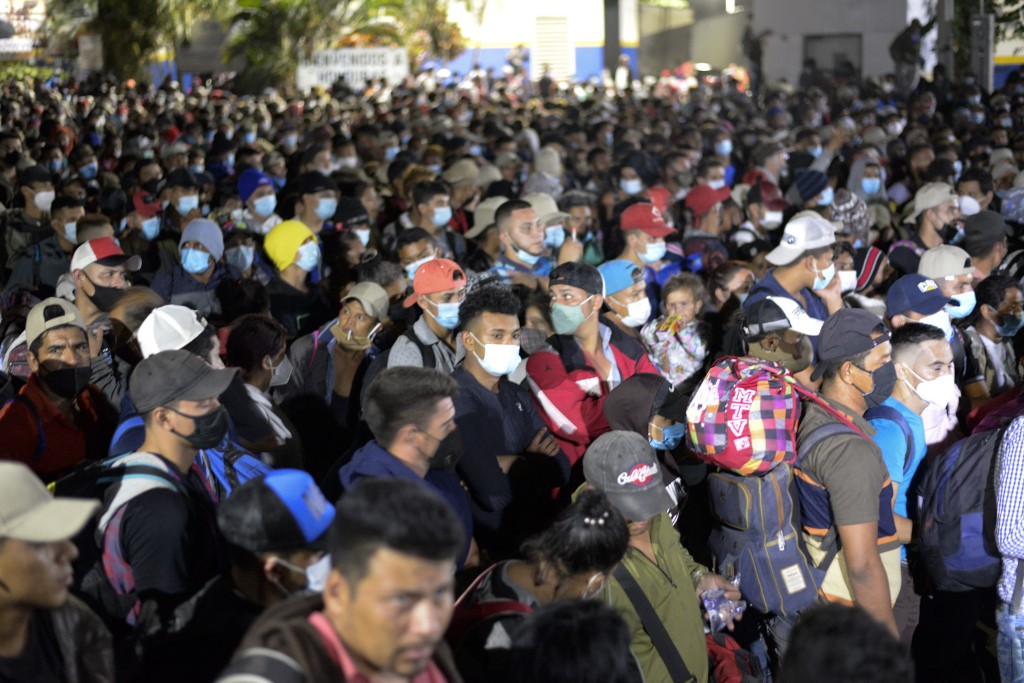 Thousands of Honduran migrants push through the police fence as they attempt to cross the border at El Florido in Guatemala forming the first migrant caravan of the year on it's way to the United States on January 15, 2021. (Photo: AFP)

Seeking to escape poverty, unemployment, gang and drug violence and the aftermath of two devastating hurricanes, the migrants plan to walk thousands of kilometers through Central America to Mexico and then on to the US.

The crowd of men, women and children -- many wearing masks due to the Covid-19 pandemic -- pushed their way past police and border gates diving the two countries at the town of El Florido, an AFP correspondent said.

A Guatemalan police official said the force had let the migrants cross as there were many families with children in the crowd and that using tear gas at night could have resulted in casualties.

"We won't leave here until they let us through," said domestic worker Dania Hinestrosa, 23, shortly before attempting to cross the border with one of her young daughters.

"We have no work or food, so I decided to go to the United States."

The migrants are seeking a better life in America under Joe Biden after years of tough anti-immigrant policy under Donald Trump, but the quest is likely to end in heartbreak for many, with US authorities already having warned off the group.

Guatemala, Mexico and Honduras also have an agreement with the US to stop north-bound migratory flows from the south of the continent.

Biden has promised "a fair and humane immigration system" and pledged aid to tackle the root causes of poverty and violence that drive Central Americans to the United States.

But Mark Morgan, acting commissioner of US Customs and Border Protection, warned the group last week not to "waste your time and money."

The US commitment to the "rule of law and public health" is not affected by the change in administration, he said in a statement.

More than a dozen caravans, some with thousands of migrants, have set off from Honduras since October 2018.

But all have run up against thousands of US border guards and soldiers under Trump, who has characterized immigrants from Mexico as "rapists" who were "bringing drugs" and other criminal activity to the United States.

Mexican authorities said late Thursday that 500 immigration officers were being deployed to its border with Guatemala in anticipation of the caravan's arrival.

But the migrants are keeping the end goal in sight.

Among them, 28-year-old Eduardo Lanza said he dreamed of living in a country where people of different sexual orientations can live with dignity, "respect... and a job opportunity."

"We are leaving because here is no work, no state support, we need food, clothes..." she told AFP.