"The missions range from assisting with cyber defense, working the polls, and standing-by in case of post-election civil unrest," reported Military Times, an outlet for news about service members. 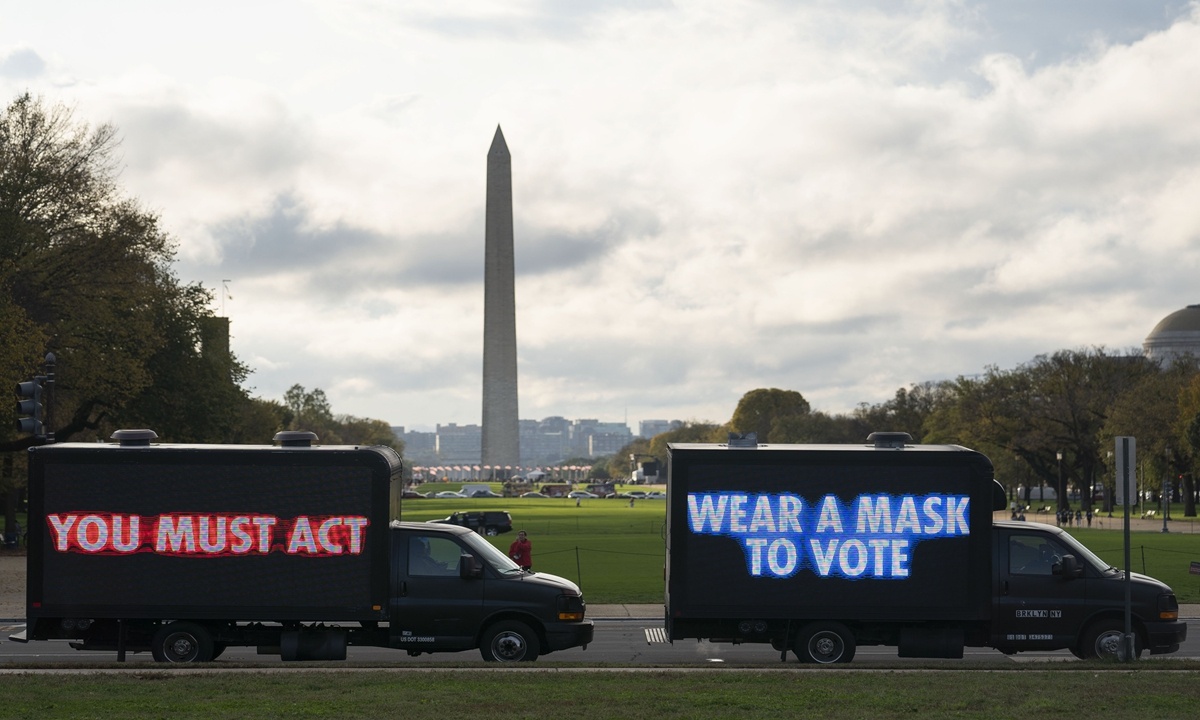 Two vehicles with public health messages drive past the Washington Monument on Sunday. As Election Day approaches on Tuesday, shops and important buildings in the capital boarded up against possible riots or protests, as tensions rise. (Photo: Xinhua)

Among the states, Texas, Pennsylvania and Massachusetts have activated as many as 1,000 National Guard members to brace for potential civil unrest and violence, while Arizona and Alabama each have 300 troops on standby, according to the report.

Americans are heading to polling stations across the country on Tuesday for Election Day voting in the 2020 elections, including presidential, congressional and gubernatorial races. Many are worried by the reality of an increasingly divided nation suffering from bitter partisan fights, violent racial conflicts and worsening social injustice.

This past summer, National Guard troops were activated in a number of states across the country in response to civil unrest following the death of George Floyd, an African American who was killed in police custody.