The Latest on French yellow vest protests (all times local): Protesters gather during a rally in Paris, Saturday, March 23, 2019. Yellow vest demonstrators gathered in Paris and other French cities for a 19th round of demonstrations as authorities issued bans on protests in certain areas and enhanced security measures in an effort to avoid a repeat of last week's riots in the capital. (Photos: AP)

Thousands of yellow vest protesters are marching through Paris amid heightened security a week after resurgent rioting by demonstrators angry at President Emmanuel Macron.

The crowd gathered peacefully at Denfert-Rochereau Square in southern Paris and then headed through the Left Bank. The protesters are expected to finish Saturday's march in the tourist-heavy neighborhood of Montmartre around its signature monument, the hilltop Sacre-Coeur Cathedral.

Police blocked protesters from streets off the officially declared march route. Protesters were also barred from the Arc de Triomphe and ritzy Champs-Elysees avenue, scene of life-threatening fires and ransacked luxury stores a week ago.

The yellow vest movement has been losing support but is trying to keep up pressure on Macron over policies they see as favoring big business and the rich. 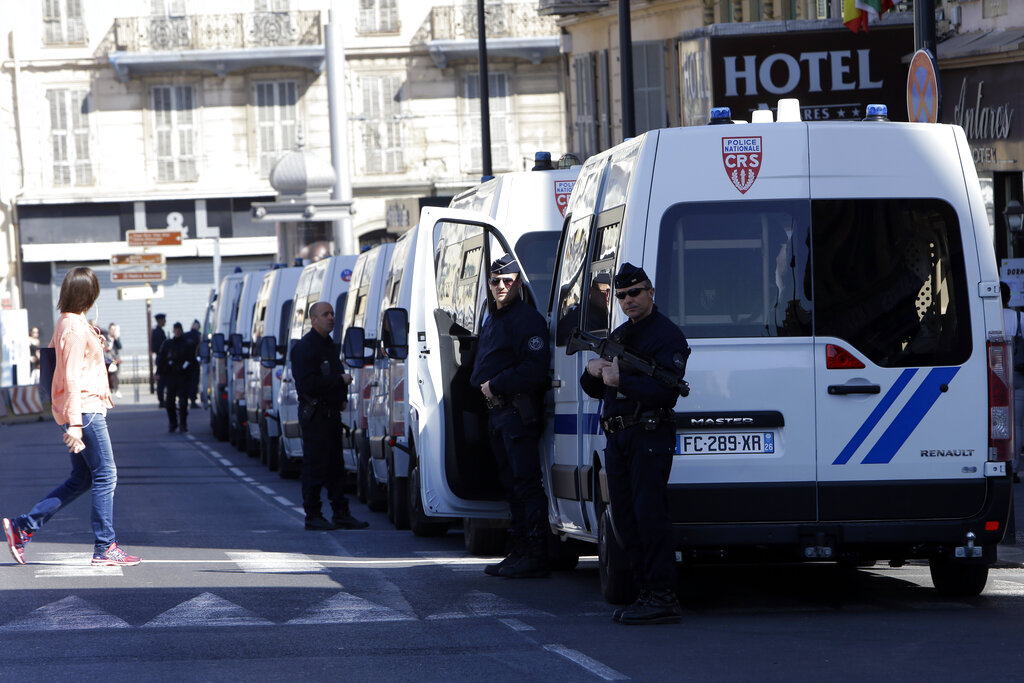 The French government vowed to strengthen security as yellow vest protesters stage a 19th round of demonstrations, following last week's riots in Paris.

Authorities banned protests from the capital's Champs-Elysees avenue and central areas of several cities including Bordeaux, Toulouse, Marseille and Nice in the south, and Rouen in western France.

Authorities also deployed soldiers to protect sensitive sites and allow police forces to focus on maintaining order during the protests.

In Paris, yellow vests issued calls for a gathering on Trocadero plaza, next to the Eiffel Tower, and a demonstration from the south of the capital to Montmartre neighborhood.