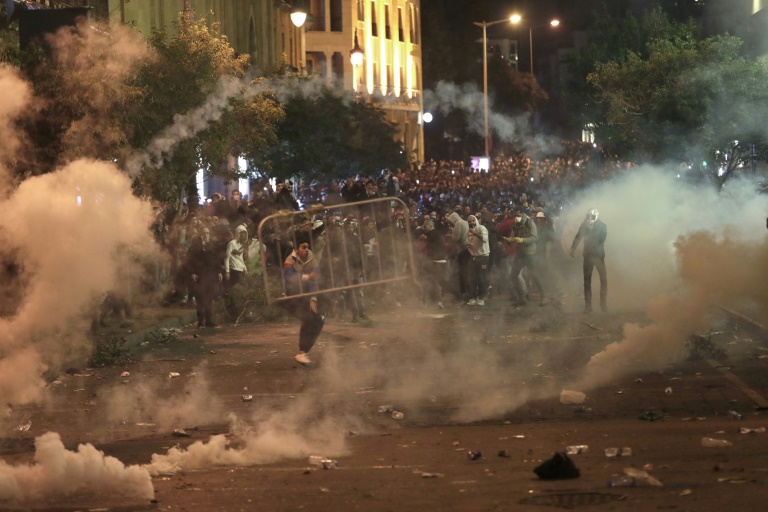 Lebanese demonstrators clash with security forces in Beirut on Sunday on the eve of parliamentary consultations to appoint a new prime minister. (Photo: AFP)

People in some of the areas even pitched tents, vowing not to leave the streets until the resignation of the new prime minister who is an ally of Hezbollah.

Earlier in the day, Diab succeeded in securing 69 out of 128 parliamentary votes to form a new government, ending the 50 days of a political stalemate in Lebanon.

Lebanon is in dire need of a government capable of dealing with the current economic crisis and saving the country from further deterioration.