WORLD Thousands protest, quarter of a million forced to flee amid fire-triggered crisis in Australia

Thousands protest, quarter of a million forced to flee amid fire-triggered crisis in Australia

Thousands of Australians took to the streets on Friday to protest against government inaction on climate change, as bushfires ravaged tens of thousands of square kilometers of bushland after months of destruction and at least 27 deaths. 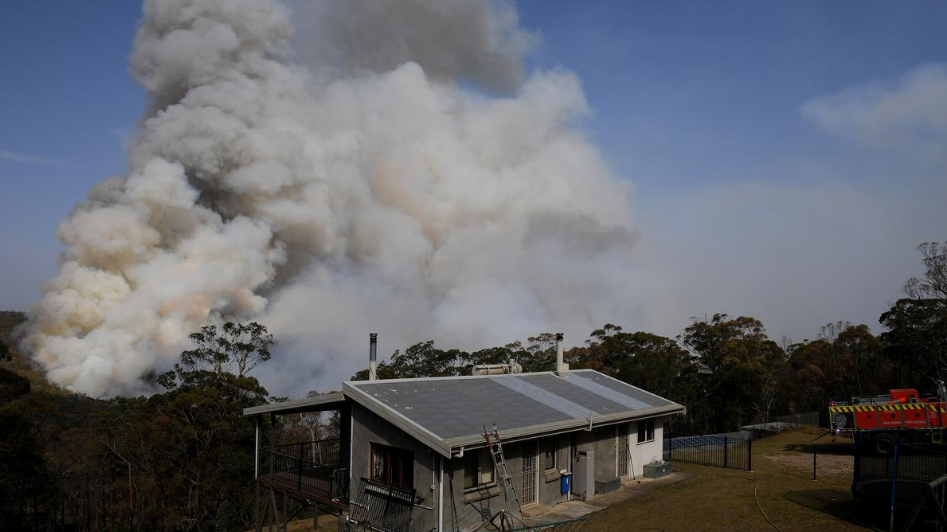 Anger spread to Britain, where scores of people gathered in the Strand in central London to denounce Australian Prime Minister Scott Morrison, branded by one placard as a“fossil fool”.

The demonstrations came as authorities urged nearly a quarter of a million people to leave their homes and prepared military backup as soaring temperatures and erratic winds fanned bushfires across the east coast. Australian authorities said the next few hours could be "very, very challenging" even as rain poured down in some parts.

"Even with rain in Melbourne, even with forecast better conditions next week, there is a long way to go in what has been an unprecedented fire event," Daniel Andrews, the premier of Victoria, told a televised briefing. While the winds are expected to move through by Saturday morning, Andrews urged residents to stay on high alert and leave the community "if you are told to".

Authorities had sent emergency texts to 240,000 people in Victoria, telling them to leave. People in high-risk regions in New South Wales and South Australia were also urged to think about leaving, but officials did not say how many.

Key events in the crisis

* Australia's wildfires have dwarfed other catastrophic blazes, with its burned terrain more than twice the extent of that ravaged this year by fires in Brazil, California and Indonesia combined.

* Smoke has drifted across the Pacific, affecting cities in South America, and may have reached the Antarctic, the U.N.'s World Meteorological Organization said.

* Campaigners protested in Sydney and Melbourne on Friday as part of a wave of demonstrations planned in major world cities, to spotlight concerns about Australia's climate change policies.

* Authorities have warned that the huge fires, spurred by high temperatures, wind and a three-year drought, will persist until there is substantial rainfall. The weather agency said there was no sign of that for months.

* Westpac estimated total bushfire losses to date at about 3.4 billion U.S. dollars higher than the 2009 bushfires in Victoria. It forecasts a hit of 0.2 percent to 0.5 percent on gross domestic product.

* Ecologists at the University of Sydney have estimated one billion animals have been killed or injured in the bushfires, potentially destroying ecosystems.

* Morrison said he was considering holding a wide-ranging national inquiry into the bushfires after the immediate crisis passed.

* About 100 firefighters from the United States and Canada are helping, with another 140 expected in coming weeks.