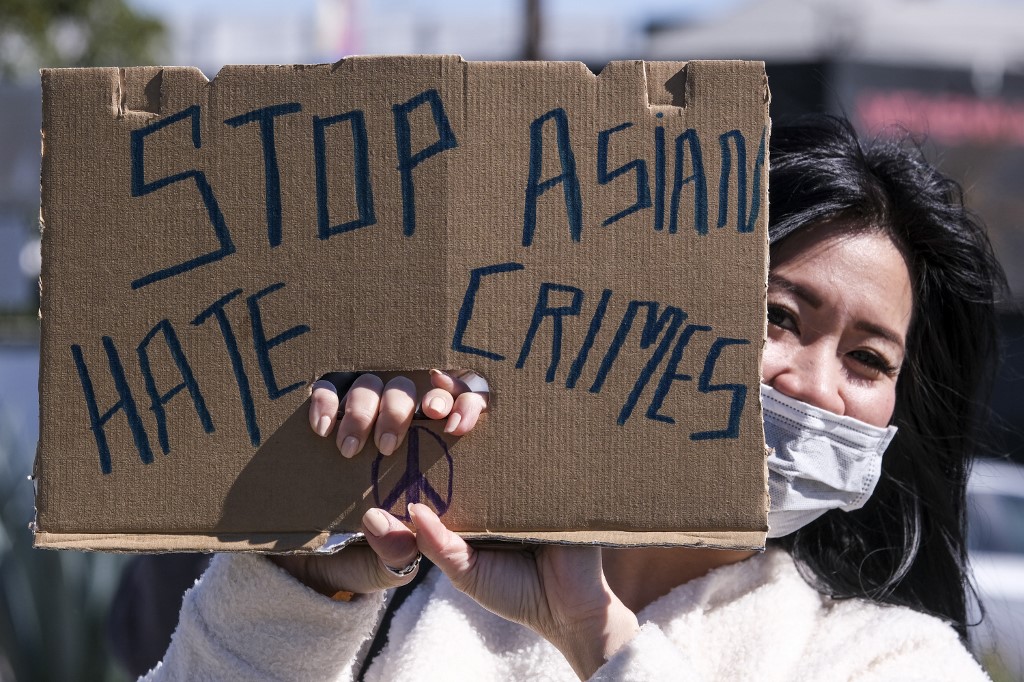 CHICAGO, March 27 (Xinhua) -- More than a thousand people of all races gathered at Chinatown Square in the South Side of Chicago Saturday afternoon to protest against increasing crimes targeting people of Asian descent and the savage killing of eight people, including six Asian women, in the Atlanta area, Georgia, on March 16.

People holding banners reading "Zero tolerance for racism," "Stop Asian Hate," "I stand with Asian Americans," "We need justice," "Racial discrimination must end," "We are not virus, discrimination is virus," "United now against racist violence," "End the violence," "Hate has no room here" flocked to Chinatown Square starting noon to make their voices heard. Local officials and district police chief, including President of the Cook County Board of Commissioners Toni Preckwinkle and Illinois State Representative Theresa Mah, joined them.

By organizing the event, "we hope to be heard," and to unite local residents under a common goal of building a safer and better Chinese community in cooperation with the local government and the police, Grace Chan, executive director of the Coalition for a Better Chinese American Community (CBCAC), told Xinhua in an interview.

Crimes against local residents in Chinatown in Chicago have increased sharply since 2020. In February 2020, two Chinese men were shot to death in a parking lot in Chinatown; and in December 2020, a 33-year-old man of Chinese descent was fatally shot while being carjacked in the Bridgeport neighborhood bordering Chinatown. There were also numerous carjacking, robberies and break-ins.

Tarrah DeClemente and her five-year-old daughter were among the protesters. "We believe when one person is threatened, all are threatened," she told Xinhua, citing white supremacy as a problem. The five-year-old held a banner reading "give peace a chance."