WORLD Thousands rally in Germany to call for migrant rescue

Thousands rally in Germany to call for migrant rescue 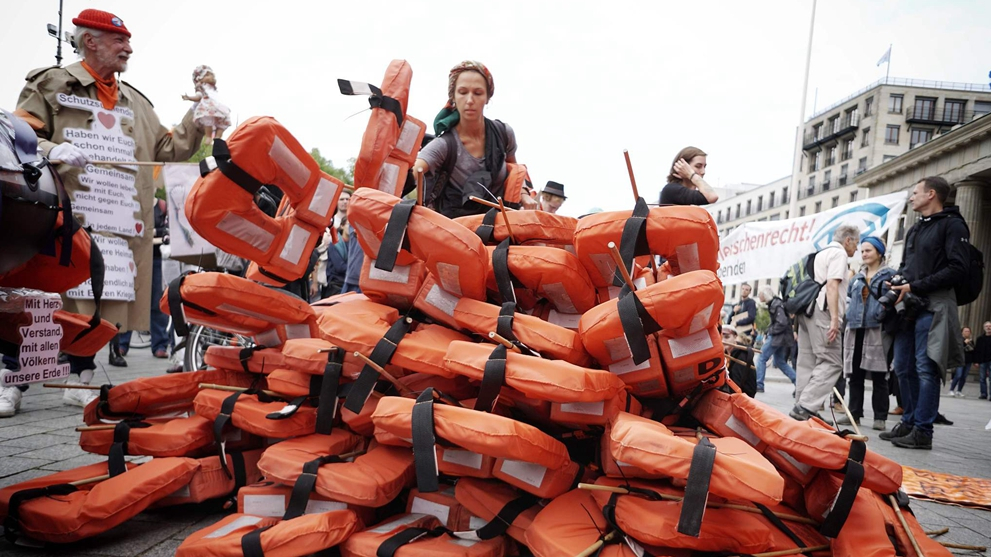 Thousands of people turned out to show their support of the stranded migrants on September 2, 2018. (Photo: VCG)

About 20,000 people have marched on Sunday in Berlin and Hamburg to urge the German government to accept more migrants stranded in the Mediterranean, as a response to the violent anti-migrant protests in Chemnitz in recent days.

In the northern city Hamburg, almost 16,000 people were marching on the street, urging authorities to open up the city's ports to welcome migrant rescue ships stranded in the Mediterranean.

Some pro-migrant protestors held up orange life vests, which are often worn by migrants stranded in the sea after fleeing their homeland in Africa to Europe by ships. Some protestors reportedly held banners reading "Human rights, not right-wing human" and "Seebrücke instead of Seehofer."

Seebrücke (Sea Bridge) is an international group, which demands German and European policymakers to establish safe routes for refugees, stop the criminalization of sea rescue and humanely receive the poor migrants while respecting their rights.

"We must not allow refugees to drown at sea, nor must we allow them to be mobbed and beaten up," German media DW quoted Hamburg's Protestant bishop Kirsten Fehrs as saying.

Some 2,500 people also participated in pro-migrant protests in Berlin, holding a banner "Berlin: A safe haven for refugees."

It's reported that the Seebrücke group had sent Berlin's authorities a petition, pushing the capital city to allow in migrants rescued at sea.

Berlin should do all it could to provide visas and residency rights to those rescued, according to the group.

The marches on Sunday are said to be a positive response to the clashes between far-right anti-migrant protesters and leftist protesters in Chemnitz, which were halted by police.