WORLD Thousands rally in Okinawa to oppose US base relocation plan

Thousands rally in Okinawa to oppose US base relocation plan

Thousands of Okinawa residents in southern Japan rallied on Saturday to oppose a relocation plan of a US air base within the prefecture. 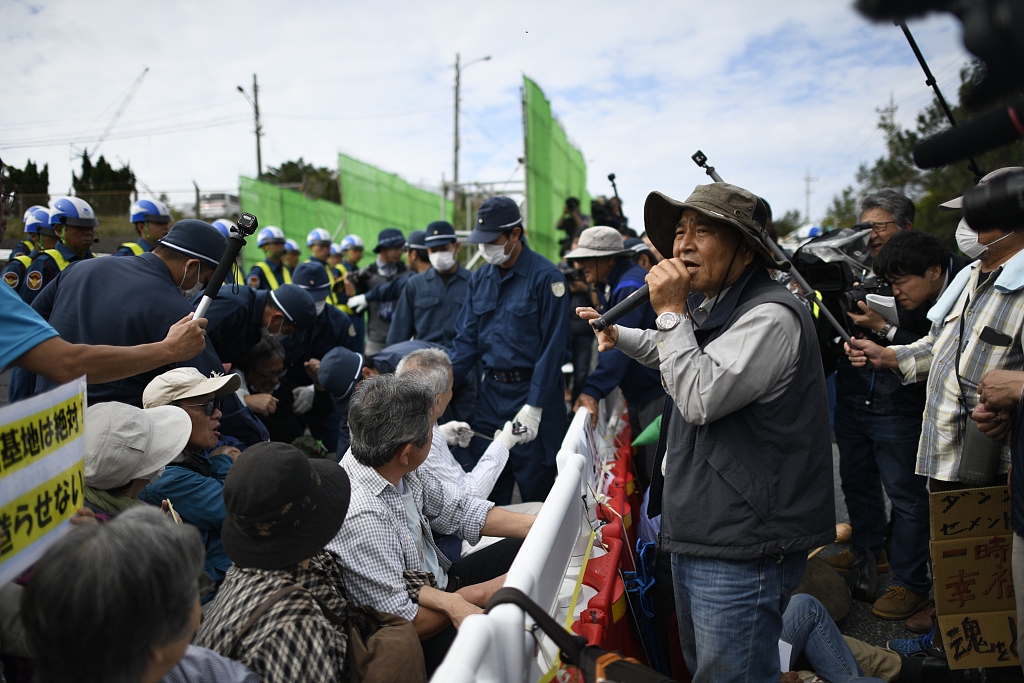 Activist leader Hiroji Yamashiro speak to his fellow protesters during anti US base protest outside of the U.S Base Camp Schwab gate on February 25, 2019 in Nago, Okinawa prefecture, Japan. (File photos: VCG)

Some 10,000 protesters gathered at a park in the prefectural capital of Naha, demanding the Japanese and US governments halt a plan to move the Futenma base from the Ginowan region to the less densely populated coastal area of Henoko, which is also on the island.

The Okinawans, suffering from crime, pollution and accidents related to the US bases and personnel on the tiny subtropical island, wish to see the Futenma base move outside of Okinawa and Japan altogether.

Last month, more than 70 percent of local voters rejected the central government's relocation plan in a referendum, but the Japanese government decided to continue with the replacement construction, dismissing the outcome of the referendum as unbinding.

"We would like to advance the new base construction work, while explaining the necessity of the relocation plan to the Okinawa people in a polite and cordial manner to seek their understanding," said Japanese Defense Minister Takeshi Iwaya in February.

Okinawa hosts the bulk of US military facilities in Japan, yet the island accounts for just a small fraction of Japan's total landmass, meaning local residents are intensely affected by military activities and the presence of US base-linked personnel living and working on the island.

Cover image: The relocation site for US Marine Corps Air Station Futenma where land reclamation work continues is seen in the Henoko coastal district in Nago, Okinawa Prefecture, Japan, in this photo taken by Kyodo February 23, 2019.