Three astronauts arrived Saturday for their mission aboard the International Space Station after Russia's Soyuz MS-13 spacecraft carried them into space from the Baikonur Cosmodrome in Kazakhstan. 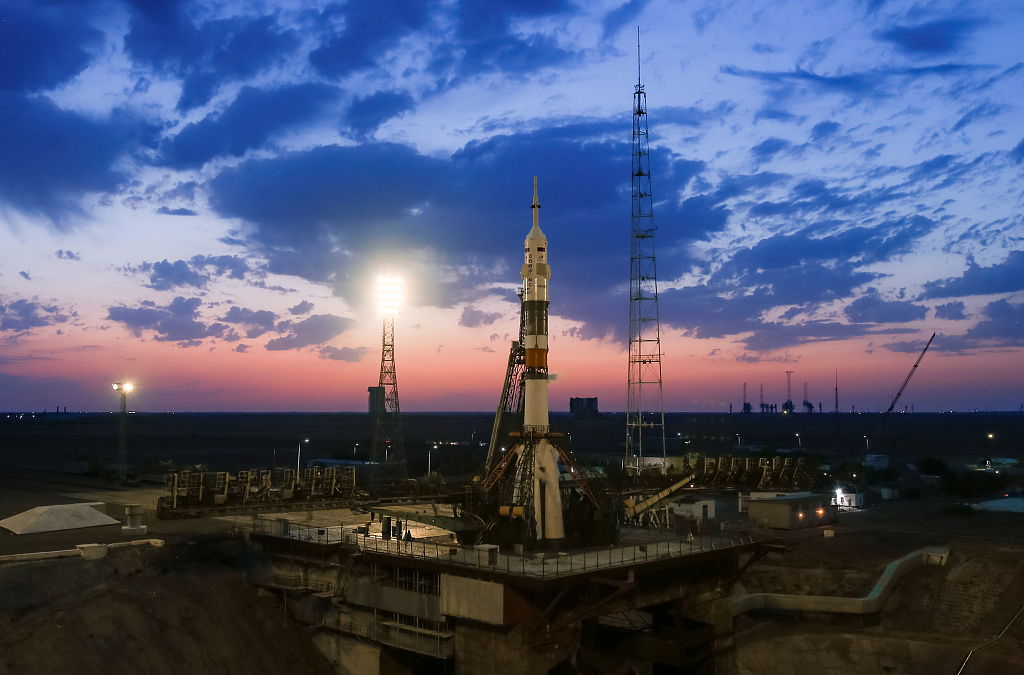 The Soyuz MS-13 spacecraft carrying the crew formed of Andrew Morgan of NASA, Alexander Skvortsov of the Russian space agency Roscosmos and Luca Parmitano of European Space Agency is set on the launchpad during the sunset at the Baikonur Cosmodrome, Kazakhstan July 20, 2019. (Photo: VCG)

The spacecraft has docked to the station's Zvezda service module after a four-orbit, six-hour flight, according to NASA.

The arrival date is memorable as Saturday is the 50th anniversary that Neil Armstrong and Buzz Aldrin stepped on the Moon in a giant leap for humanity.

The crew will spend more than six months conducting about 250 science investigations. One of those key technology developments will be the arrival and installation of the second docking port for commercial crew spacecraft -- SpaceX's Crew Dragon and Boeing's Starliner, according to NASA.

Parmitano and Skvortsov are scheduled to remain aboard the station with Koch until February 2020, leaving Morgan on station for an extended stay. Hague and Ovchinin are set to return to the Earth on Oct. 3.