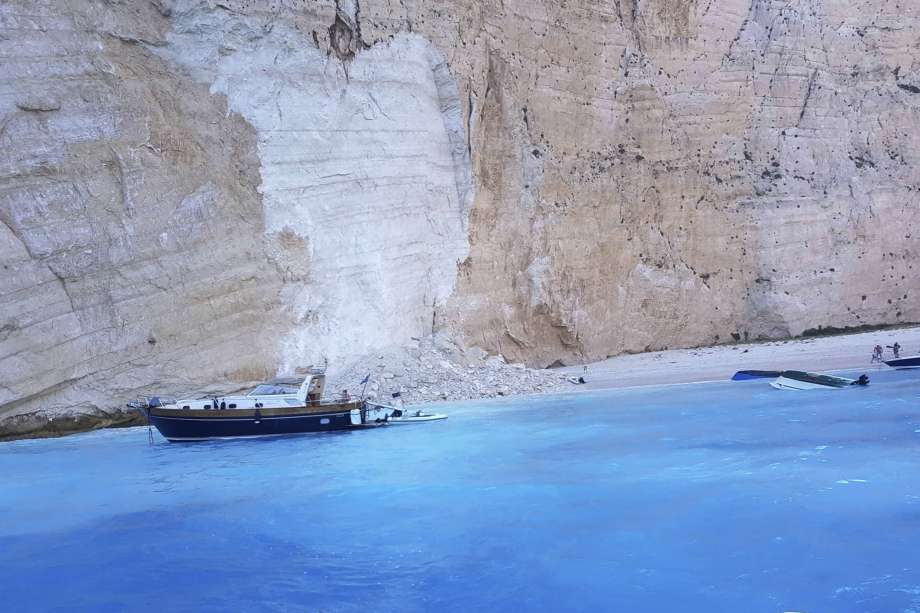 According AFP, authorities shut down access to the beach, which lies at the foot of a 200-metre (650-foot) cliff and is accessible only by boat, as a precaution.

Hundreds of people were on the beach at the time, including children.