At least three people died and dozens were injured after a rare tornado razed houses in the Czech Republic's southeast, rescuers said on Friday as they combed rubble for more victims. 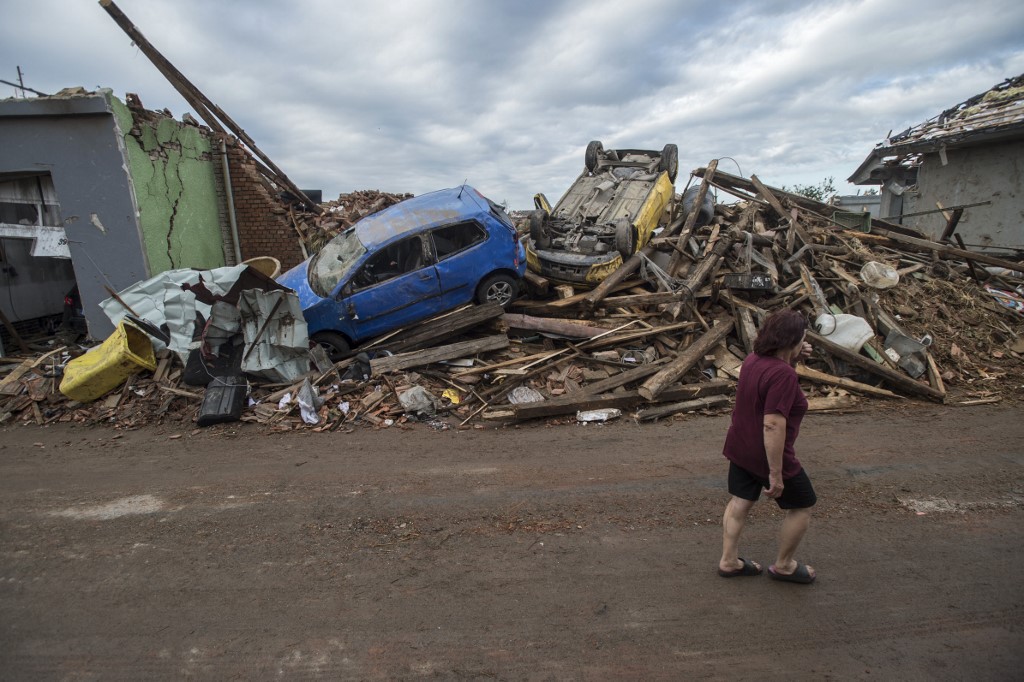 A woman walks past the debris of damaged buildings on June 25, 2021 in the village of Mikulcice, 60 km south of Brno, South Moravia, Czech Republic, after it was hit by a tornado. (Photo: AFP)

"It's a living hell," regional governor Jan Grolich said Friday after seeing the overwhelming destruction caused by the twister.

Local emergency services spokeswoman Hedvika Kropackova told AFP that rescuers "could not help three patients" but that 63 injured people had been taken to hospital, ten of them in serious condition.

"There will be more," she added, noting that more injured people were calling for help on Friday.

Firefighters and a special rescue team were still searching on Friday morning for potential casualties under the debris from the freak weather.

Austrian and Slovak rescuers were helping out and the Czech army was deployed in the region.

The tornado and hail the size of tennis balls struck several towns and villages including Hodonin, where in addition to causing injuries the extreme weather destroyed a retirement home and the local zoo.

"We're moving the retirement home residents to a city hotel," the city of Hodonin said on Facebook.

A total of 78,000 households and companies were left without power on Friday morning.