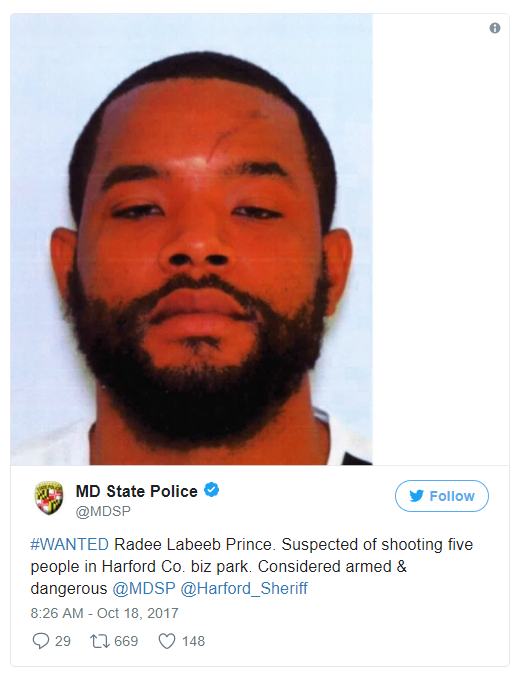 A man entered Advanced Granite Solutions and opened fire with a handgun, hitting five employees. “Currently we have lost three” and the other two hit were seriously wounded, Gahler told reporters.

Three died at the scene and two were taken to a hospital. All those shot were thought to be company employees, he said, calling the incident a "targeted attack."

He identified the suspected gunman as Radee Prince, 37, and said he had a criminal history. Gahler gave no motive for the shooting and said Prince had fled in a black GMC Acadia with Delaware license plates.

"At this point we do not believe anybody else is involved in this incident," he said, adding that Prince is considered armed and dangerous.