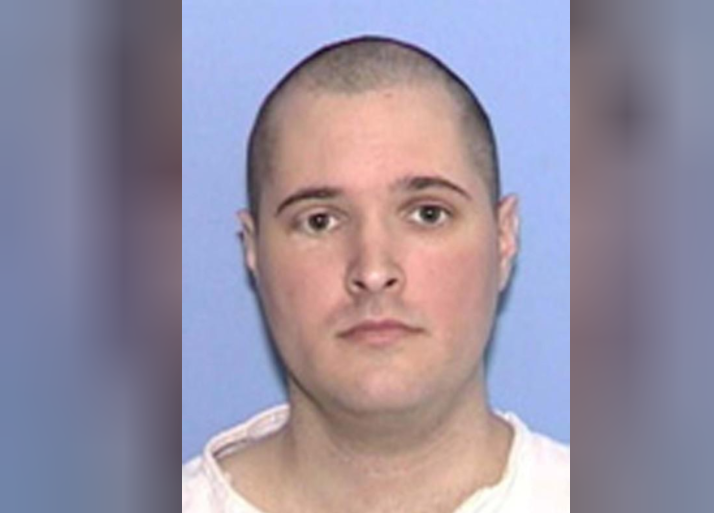 Thomas Whitaker appears in a booking photo by the Texas Department of Criminal Justice in Huntsville, Texas, US, obtained by Reuters on February 16, 2018. Photo: Reuters

Alabama, Florida and Texas plan to execute inmates on Thursday and if carried out, it would be the first time in eight years that three people on death row have been executed on the same day since the death penalty was reinstated in the United States.

But in each state there are reasons why the executions could be halted, including an unprecedented clemency recommendation in Texas, where all three of this year’s US executions have been carried out.

In Florida, questions were raised about holding an execution based on a majority, not unanimous, jury decision. In Alabama, lawyers have said the death row inmate is too ill to be executed.

Hamm’s lawyers have said he has terminal cancer, adding years of intravenous drug use, hepatitis C, and untreated lymphoma have made his veins unstable for a lethal injection.

However, a court-appointed doctor examined Hamm on Feb. 15 and found he had “numerous accessible and usable veins in both his upper and lower extremities,” according to court filings.

Texas plans to execute Thomas Whitaker, 38, for masterminding a 2003 plot against his family in which his mother Tricia, 51, and brother Kevin, 19, were killed.

His father Kent Whitaker was shot in the chest and survived.

The father, 69, a devout Christian and retired executive, has said he forgives his son and his family does not want him to be executed. In a clemency petition, he said if the death penalty is implemented, it would make his pain worse.

On Tuesday, the Texas paroles board in a unanimous decision recommended clemency, largely based on the request of a victim’s forgiving family. Republican Governor Greg Abbott has final say, and has not yet announced if he plans to halt the execution.

Lawyers for Branch appealed to the US Supreme Court on arguments including that the court has previously blocked a Florida provision that allows executions for a non-unanimous jury decision and it should do so again in this case.

Capital punishment was reinstated in 1976 and the last time three executions were held on the same day was in January 2010 in Louisiana, Ohio and Texas, according to the non-profit Death Penalty Information Center.