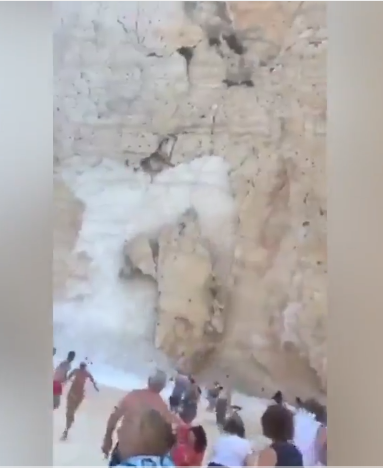 At least three people were injured on Thursday by falling rocks at Navagio Beach on the resort island of Zakynthos in Greece, Xinhua reported.

The injured were hospitalized and no Chinese tourists were among the wounded, confirmed the Chinese Embassy in Greece.

The search operation is currently underway in case people got trapped under the rocks, according to the Athens News Agency.

The accident took place when large rocks fell from a cliff into the sea at the beach, creating a large wave that capsized three small vessels, Xinhua reported, citing witnesses.