A Turkish court on Wednesday sentenced three suspects to life in jail over a 2016 suicide bombing claimed by Kurdish militants in the capital that killed 36 people,  state-run Anadolu news agency reported. 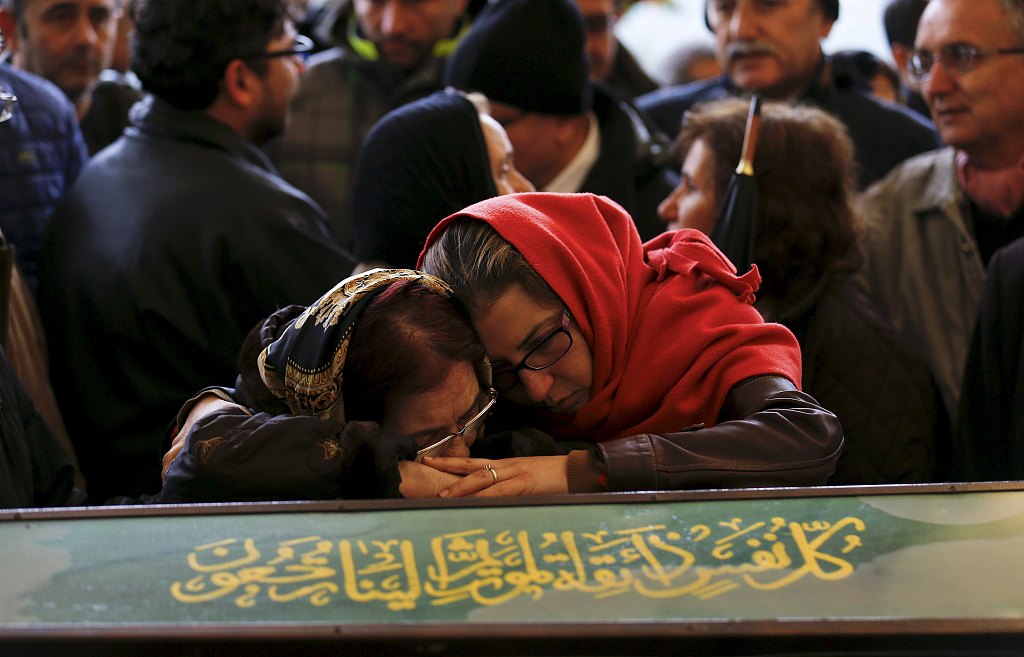 Women mourn over the coffin of a car bombing victim during a commemoration ceremony in a mosque in Ankara, Turkey, March 14, 2016. (Photo: VCG)

Turkish officials accuse the group of being a front for attacks by the PKK, which is listed as a terror group by Ankara and its Western allies and which launched an insurgency against the Turkish state in 1984 targeting greater autonomy for Kurds.

The court in Ankara on Wednesday convicted Mehmet Veysi Dolasan of killing 36 people and targeting the state's unity, sentencing him to 37 multiple life sentences, Anadolu reported.

Six other suspects were sentenced to jail from three to 12 years on several charges including "membership in a terror group", according to the news agency. The court acquitted seven suspects.

It said three of the suspects died as the trial continued, and the files of 36 others were separated from the case.

Turkey was from 2015-2016 shaken by a succession of terror attacks blamed on Islamic State (IS) jihadists and Kurdish militants as well as the July 15, 2016 failed coup which Ankara says was planned by the US-based preacher Fethullah Gulen. He denies the charges.

An earlier suicide car bomb attack on a military convoy on February 17, 2016 in Ankara, also claimed by TAK, left 29 dead. An Ankara court in September gave life sentences to six suspects over that attack.

The last major attack in Turkey, claimed by IS, was the New Year massacre by a gunman at the Reina nightclub in Istanbul just minutes into 2017. The assault left 39 dead.