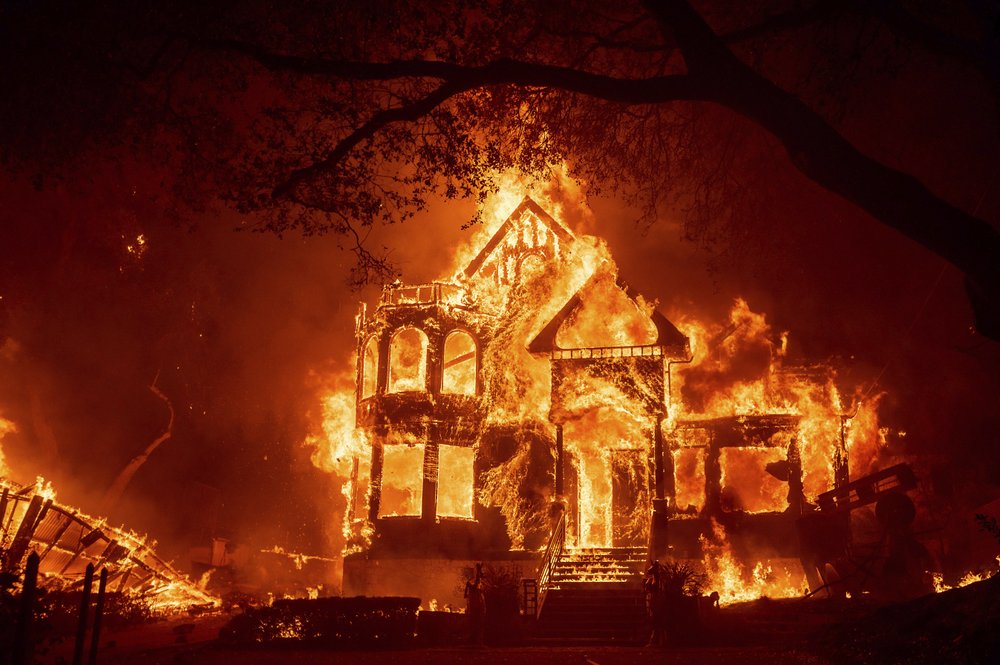 A Northern California sheriff says three people have died in a fast-moving wildfire west of Redding.

Shasta County Sheriff Eric Magrini announced the deaths during a Monday afternoon update on the Zogg Fire. He did not give any details about the people who died, but said more than 1,200 people are evacuated from that fire.

It’s one of nearly 30 major wildfires burning in California. In Sonoma and Napa counties, more than 50,000 people have been evacuated because of the Glass Fire.

Residents of the Oakmont Gardens senior living facility in Santa Rosa boarded brightly lit city buses in the darkness overnight, some wearing bathrobes and using walkers. They wore masks to protect against the coronavirus as orange flames marked the dark sky. 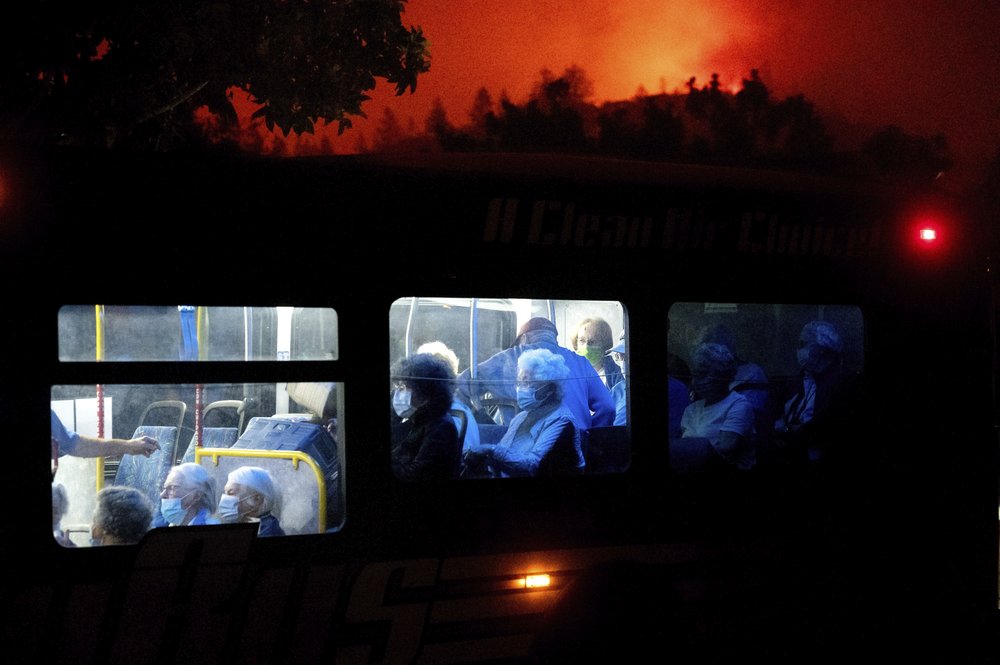 Residents of the Oakmont Gardens senior home evacuate on a bus as the Shady Fire approaches in Santa Rosa Calif., Monday, Sept. 28, 2020.

The fires that began Sunday in the famed Napa-Sonoma wine country about 45 miles (72 kilometers) north of San Francisco came as the region nears the third anniversary of deadly wildfires that erupted in 2017, including one that killed 22 people. Just a month ago, many of those same residents were evacuated from the path of a lightning-sparked fire that became the fourth-largest in state history.

Sonoma County Supervisor Susan Gorin evacuated her home in the Oakmont community of Santa Rosa about 1 a.m. She is rebuilding a home damaged in the 2017 fires. Gorin told the San Francisco Chronicle that she is numb, and the situation feels surreal.

“It’s like God has no sympathy, no empathy for Sonoma County,” she said.

The Glass Fire broke out before 4 a.m. Sunday and merged with two other fires to scorch 17 square miles (44 square kilometers) as of early Monday. Officials did not have an estimate on the number of homes destroyed or burned, but the blaze engulfed the Chateau Boswell Winery in St. Helena and at least one five-star resort.

Logan Hertel of Santa Rosa used a garden hose to fight flames at a neighbor’s house in the Skyhawk neighborhood until firefighters could relieve him.

“Seems like they got enough on their hands already. So I wanted to step in and put out the fire,” Hertel said.

Dominic Wiggens, who lives in the same neighborhood, evacuated but returned later Monday. His home was still standing, but many others were gone. “It’s so sad,” he said.

Pacific Gas & Electric was inspecting its equipment as it sought to restore power to more than 100,000 customers who had it turned off in advance of gusty winds and in areas with active fire zones. The utility’s equipment has caused previous disasters, including the 2018 Camp Fire that killed 85 people and devastated the town of Paradise in the Sierra Nevada foothills.

Evacuations were also ordered in Shasta County as the Zogg Fire spread over 23 square miles (59 square kilometers). Residences are widely scattered in the forested area in the far northern part of the state. The region was torched just two years ago by the deadly Carr Fire — infamously remembered for producing a huge tornado-like fire whirl.

The causes of the new fires were under investigation.

Mark Ghilarducci, director of the Governor’s Office of Emergency Services, said 2020 has been challenging.

“The silver lining to it is that people who live in California become more prepared, they’re more aware, they know these events take place and we’re seeing a citizenry that does get it and is working hard to be prepared,” he said.

Numerous studies in recent years have linked bigger wildfires in America to climate change from the burning of coal, oil and gas. Scientists say climate change has made California much drier, meaning trees and other plants are more flammable.