KATHMANDU, May 12 (Xinhua) -- Three Nepali sisters from the same family reached the top of Mt. Qomolangma on Wednesday, becoming the first three siblings ever to conquer the world's highest peak, according to the company organizing their expedition. 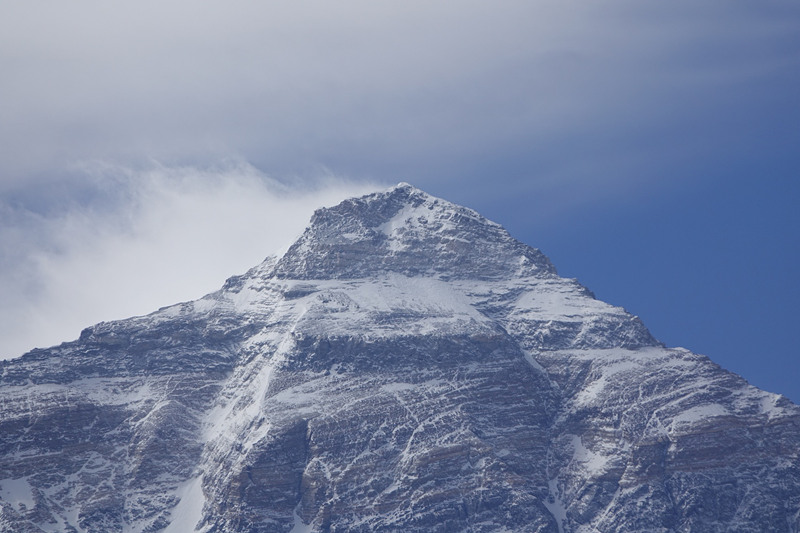 Nima Jangmu Sherpa, Tshering Namgya Sherpa and Dawa Futi Sherpa, who are from the Rolwaling Valley of Nepal's Dolakha district, "reached the top of the peak at 7am on Wednesday," Dawa Sherpa, a staff member from Imagine Nepal Trek and Expedition, told Xinhua.

Mingma Gyalje Sherpa, managing director of the company, shared on his social media account the success of the three sisters along with 12 other expedition members on the top of Mt. Qomolangma.

According to Mingma, the three sisters are climbers of the 15-member expedition team, which includes nine Nepalis, five Chinese and one Pakistani.

The sisters attempted Mt. Qomolangma under the banner of "Three Sisters on Seven Summit," as they want to become the first siblings to climb the highest mountains on all seven continents, namely Qomolangma, Aconcagua, Denali, Kilimanjaro, Elbrus, Mount Vinson and Carstensz Pyramid.

Dawa Futi, the youngest of the sisters, had previously summitted Mt. Amadablam (6,814m) in Nepal. Before attempting Mt. Qomolangma, the three sisters climbed Mt. Lobuche (6,619m) last month, according to the expedition company.