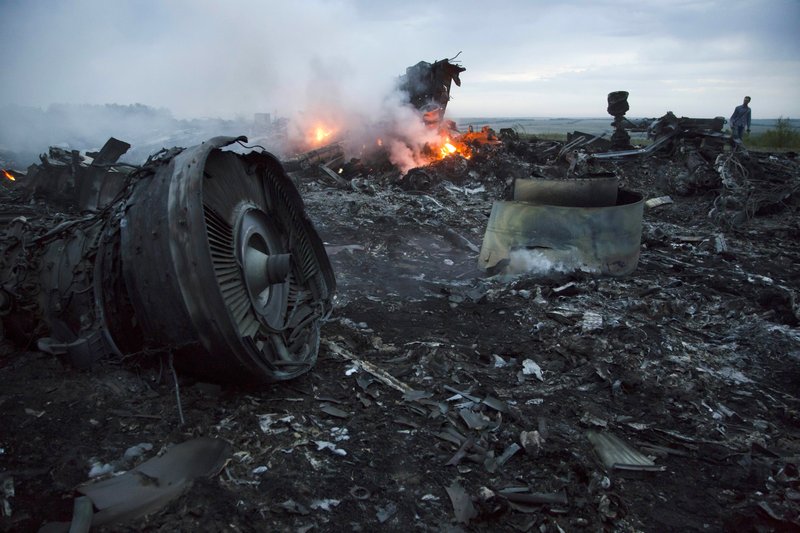 In this Thursday, July 17, 2014 file photo, a man walks amongst the debris at the crash site of a passenger plane near the village of Hrabove, Ukraine. (Photo: AP)

International investigators on Wednesday charged four people with murder over the 2014 shooting down of flight MH17 over eastern Ukraine, which killed all 298 people on board.

The Dutch-led team will prosecute three Russian nationals and another from Ukraine over the crash of the Malaysia Airlines plane, with international arrest warrants for the first suspects expected to be sent out on Wednesday, Wilbert Paulissen, chief constable of the Netherlands National Police, told a press conference.